But only now, three months after publishing my story ‘Distinctions Which God Has Not Made’ in the Arkansas Times, can I truly see just how far–and deep–it ran.… Read the rest

This was especially surprising since Brown already has several pans on the stove and umpteen irons in the fire, etc. The et cetera includes gainful employment as a top secret government optometrist, gastroenterologist, urologist, pediatric dentist, world-famous astronomer and planetary assassin, NFL owner of the Cincinnati Bengals, and free agent NFL defensive back who recently lost his job with the Kansas City Chiefs to the new kid on the block, former Tennessee safety Eric Berry, (UPDATE 6/3/11) proprietor of a luxury hotel and creator of the “Hot Brown Sandwich.”… Read the rest

1. I’m running, not far or fast, but pain-free for the first time in quite a while. I’ve shifted my foot strike from my heel, which is where it’s been since fourth grade, to my forefoot. “Barefooting” as it’s sometimes called. I don’t exactly run barefoot on asphalt (ouch!), but I do use a “minimalist” training shoe, the Nike Free. This is supposed to be more “natural,” the way you were meant to run back in the day when your survival meant eluding a predator such as a saber-toothed tiger or that annoying herd of mastodons that lived over in the next valley.… Read the rest

I would be remiss as a fledgling Olympic commentator if I failed to mention the U.S. Men’s Water Polo team which has made an extraordinary run into the gold medal match Sunday against Hungary after a stunning 10-5 victory over Serbia.

I really know next-to-nothing about the sport (I’m sorry, but those little bonnets they wear are just so cute), but when a 9th-seeded team makes it to the final in any sport, it’s big news.

Hey, and how about this, albeit very loose, Church of Christ connection–the team is powered by several Pepperdine University players, including the keeper, Merrill Moses (notice the proper Biblical name), and coached by Pepperdine assistant and alumn, Terry Schroeder.… Read the rest 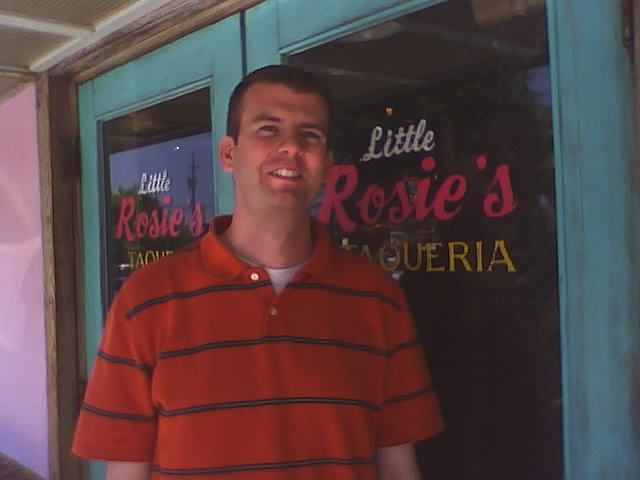 I can assure you there’s nothing wrong with your eyes. That really is Harding alum and now Pepperdine’s own James Wiser, librarian extraordinare, standing outside Little Rosie’s Taqueria in Huntsville.… Read the rest 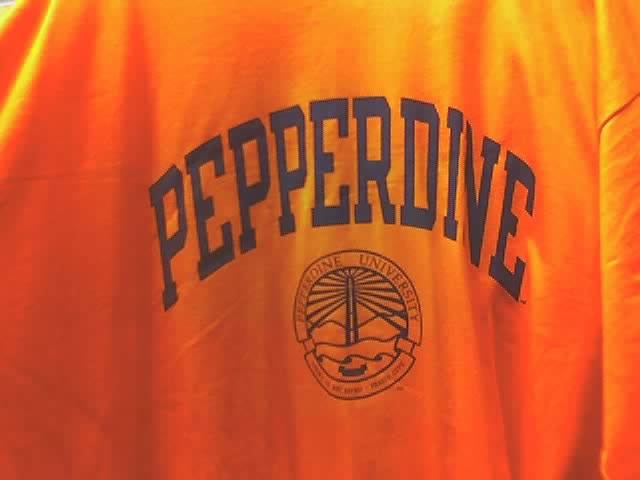 I didn’t graduate from Pepperdine University. In fact, I’ve never set foot on the beautiful Malibu campus nestled by the jagged shoreline of the Pacific Ocean. But thanks to our youth minister, Jason, who recently attended the annual lectureship there, I am the proud owner of a bright orange Pepperdine t-shirt with arched, blue letters and a school seal with motto that reads “Freely ye received, freely give.” It was the first shirt that I pulled out of my drawer last Friday as I prepared to travel to Ozark, Alabama to spend Memorial Day weekend with my younger sister and her family.… Read the rest