It’s ironic that after all my prattling on about basketball these last few weeks, I won’t even be around to watch the Final Four Saturday. Instead, I’ll be at the Southern College of Optometry in Memphis where I’ll be serving as an examiner with the National Board of Optometry. Fourth year optometry students take the Clinical Skills portion of the National Board shortly before graduating, and while for most it won’t be the last hurdle involved in obtaining a license to practice, it is a pretty significant one.

Basically, the students rotate among different stations where they perform various clinical procedures which are commonly done during an eye exam.… Read the rest 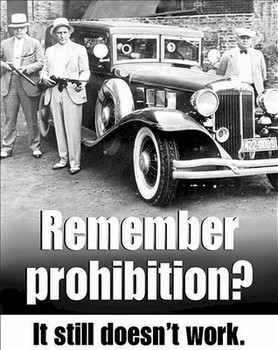 The year is 2015. A portly, middle-aged man slips quietly through an alley in the early morning darkness, somewhere in midtown Manhattan. He trips over several homeless people and steps on the tail of a cat which emits a loud screech that echoes for several city blocks.

Startled, he now walks more briskly, afraid that the ruckus may have attracted the attention of the local food police. He is risking much. His career as a successful stockbroker and reputation as a solid family man would be ruined should he be discovered.

He comes to a nondescript, dilapidated building with a steel door.… Read the rest 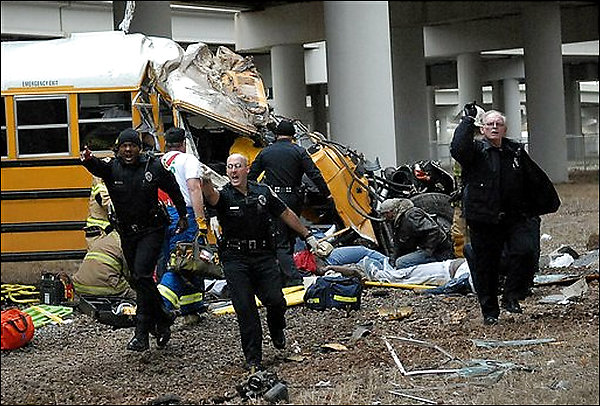 Our city is still reeling from the aftershocks of yesterday’s tragic school bus accident on I-565. A city school bus carrying 43 Lee High School students to a local technical training center plunged off an overpass near downtown after being clipped by another car driven by a Lee High student passing on the right.

The bus skidded along the guardrail and apparently hung there briefly before falling onto the ground below. The bus hit nose first and then rolled, the students in the back of the bus falling forward onto the students in the front. Two students, Christine Collier and Nicole Ford, died at the scene.… Read the rest

My father died of his third heart attack at the age of 47. His brother had the first of several heart attacks at age 50. For a long time now, I’ve known that I’m going to have to run a little harder from The Reaper than most. If there’s one thing you can’t deny, it’s your DNA.

I’ve always worked hard to maintain a decent weight and I’ve been running regularly all my adult life. But since I turned forty, I’ve noticed the pounds creeping up and last winter after an extended bout of bronchitis and inactivity, things really got out of hand.… Read the rest