The Huntsville City Recreation Service’s Concerts in the Park summer series continued Monday night on an unseasonably cool and dry July evening. Citizens turned out in droves at Big Spring Park near the Huntsville Art Museum to the listen to the chillin’ sounds of two local bands, Anchor’s Eye and Band of Moose: 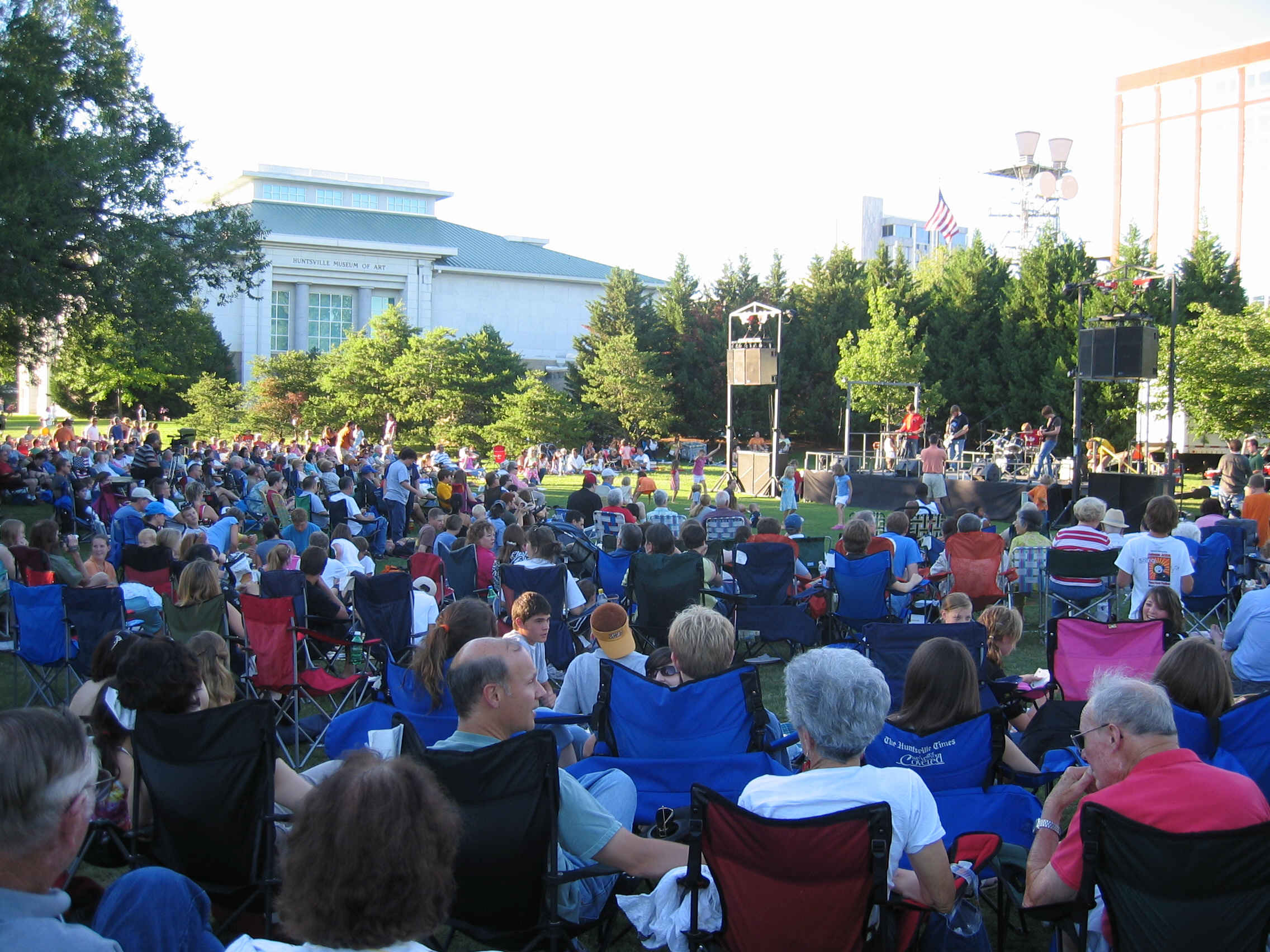 Man, you know you’re getting old when the kids that you used to coach in t-ball and soccer are performing live on stage and recording a session in Nashville next week to boot. Where did the time go?

It was a time to bring your camp chair and beverage of choice, enjoy the music and meet and greet old friends: 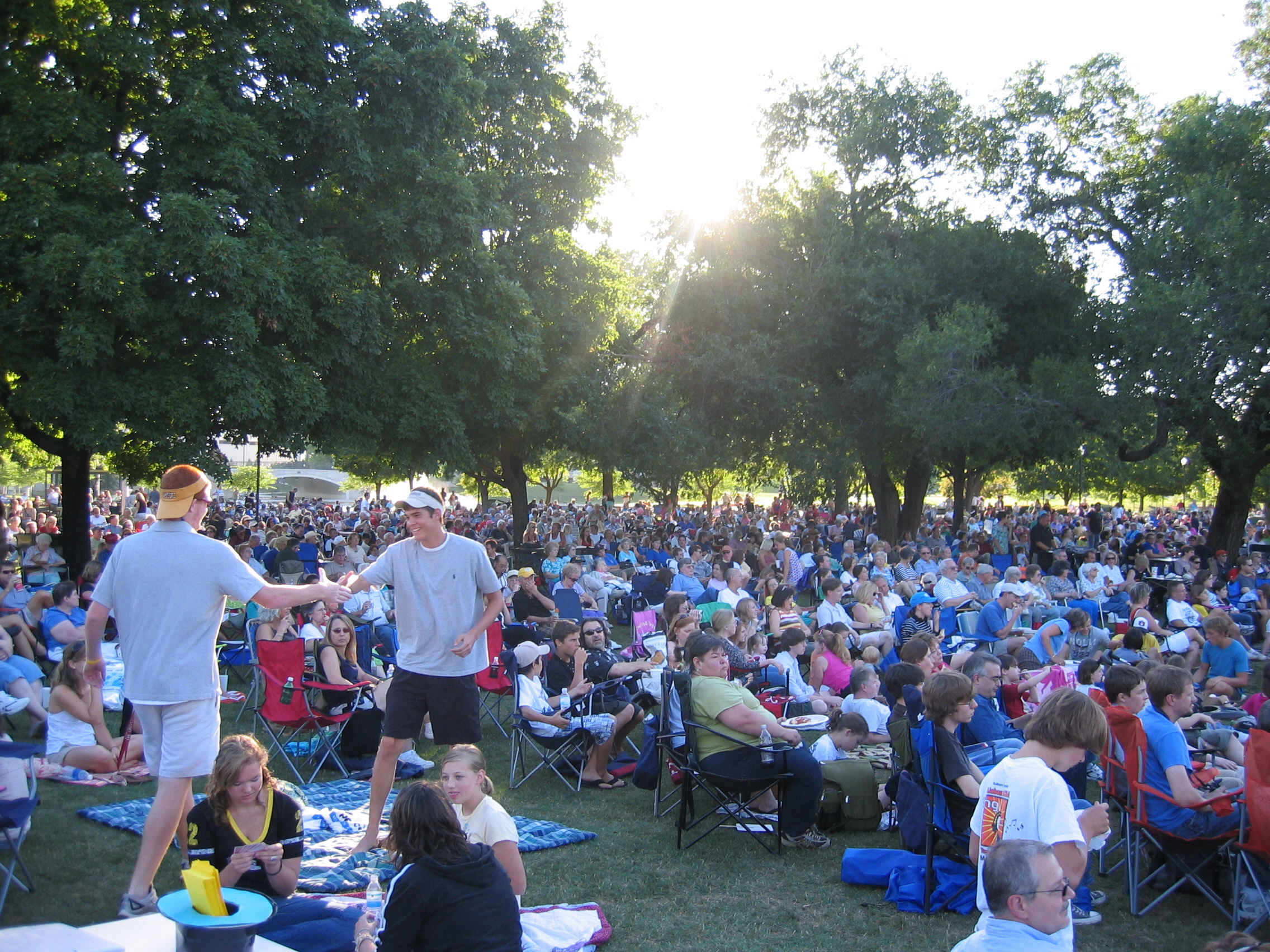 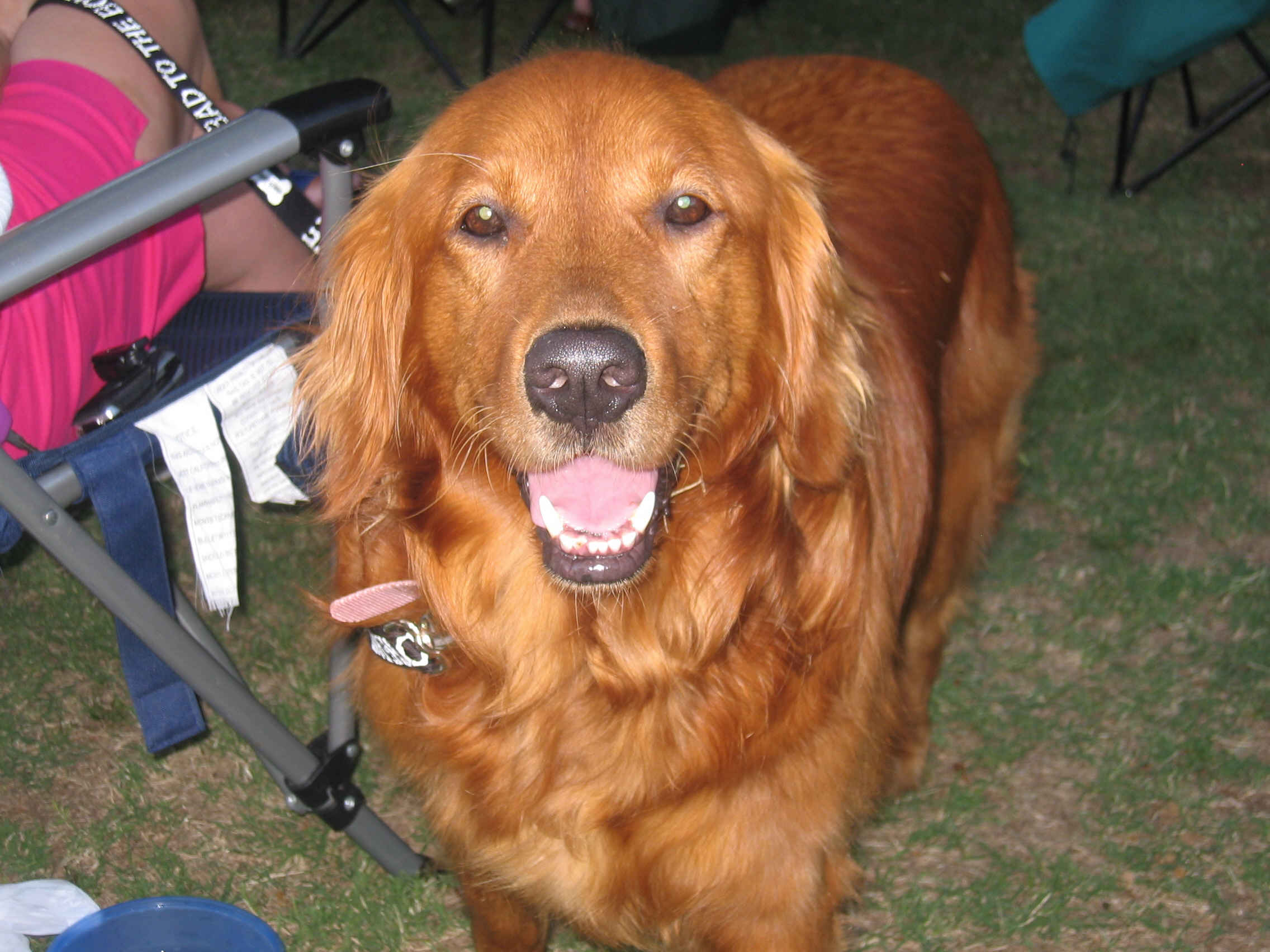 The politicians were out in full force, including long-time Huntsville Mayor Loretta Spencer who is running for re-election and is seen here talking to a constituent: 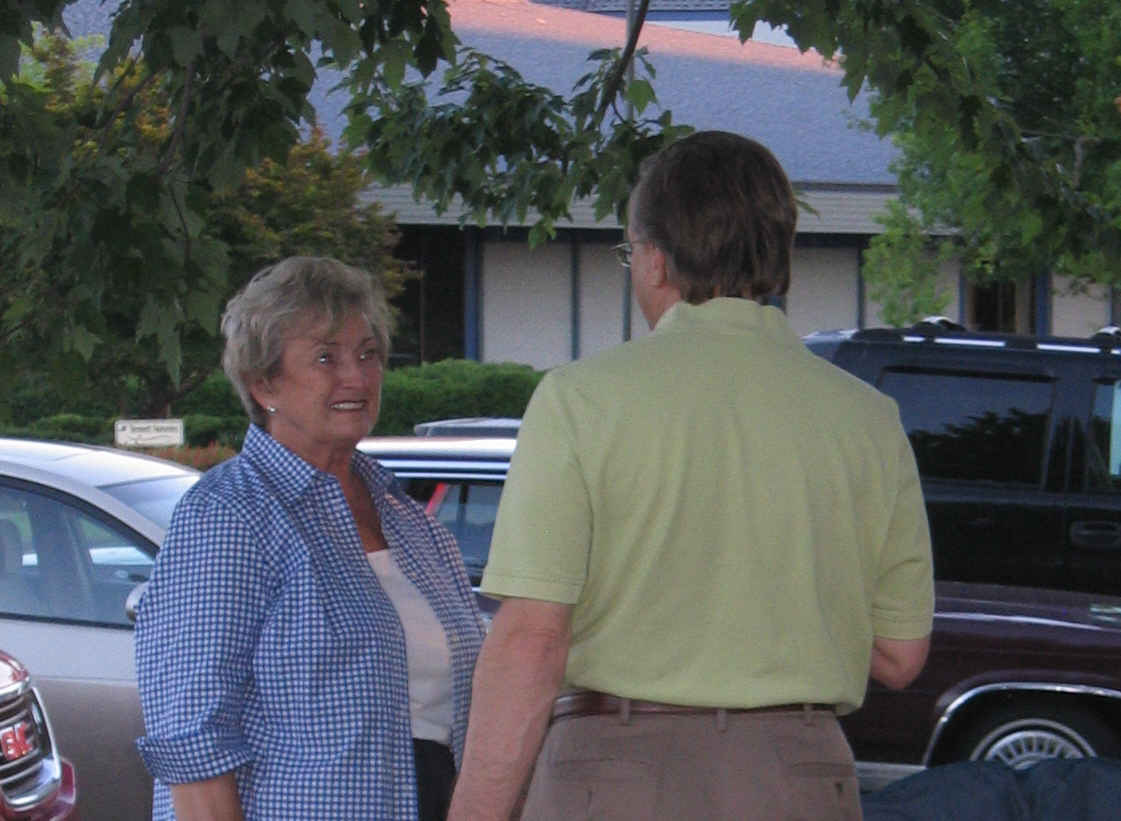 She even gave me this cool fan, although I didn’t really need it that night: 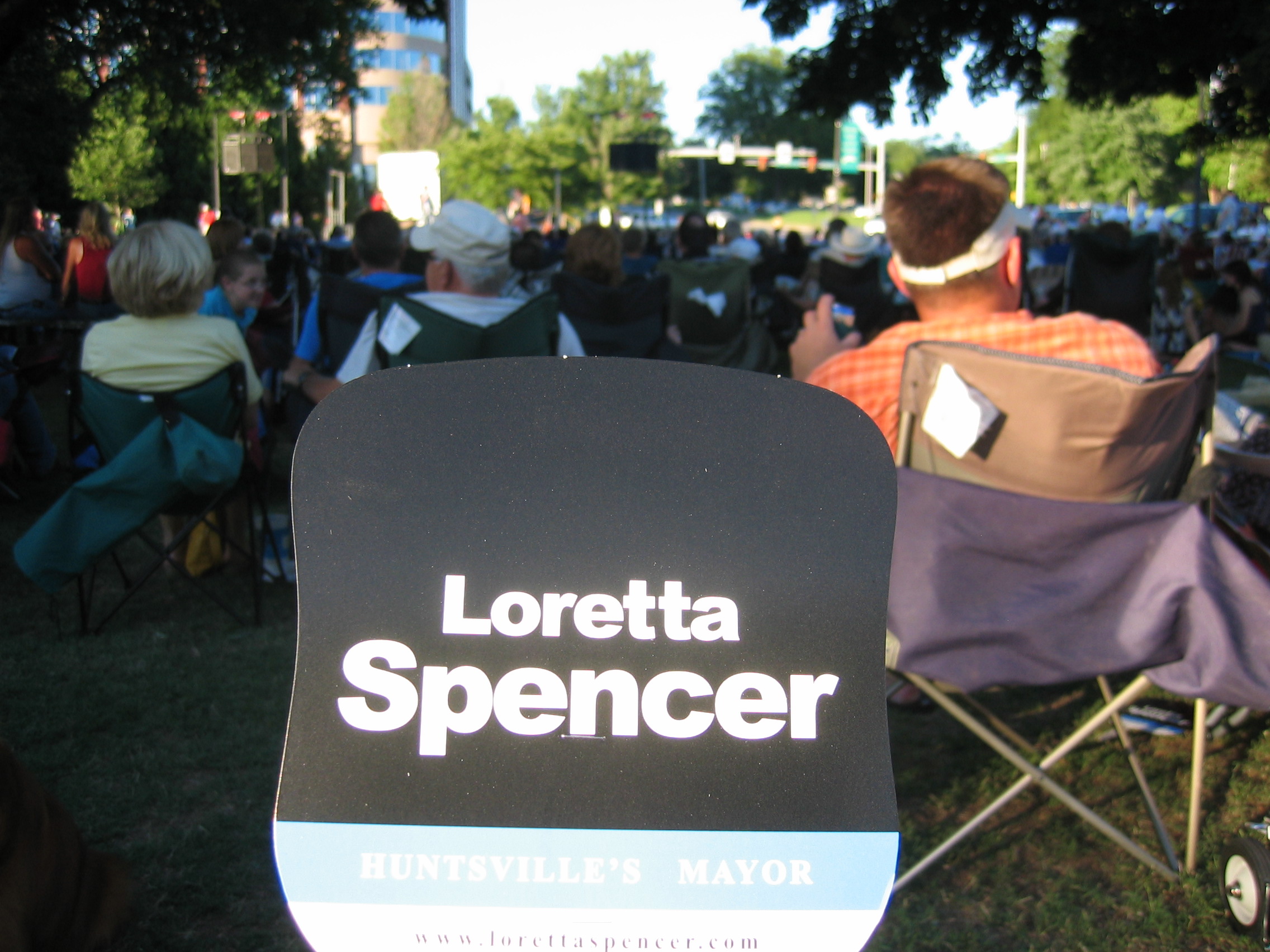 No, that’s not the Mother Ship from Close Encounters of the Third Kind. That’s the Von Braun Civic Center Coliseum: 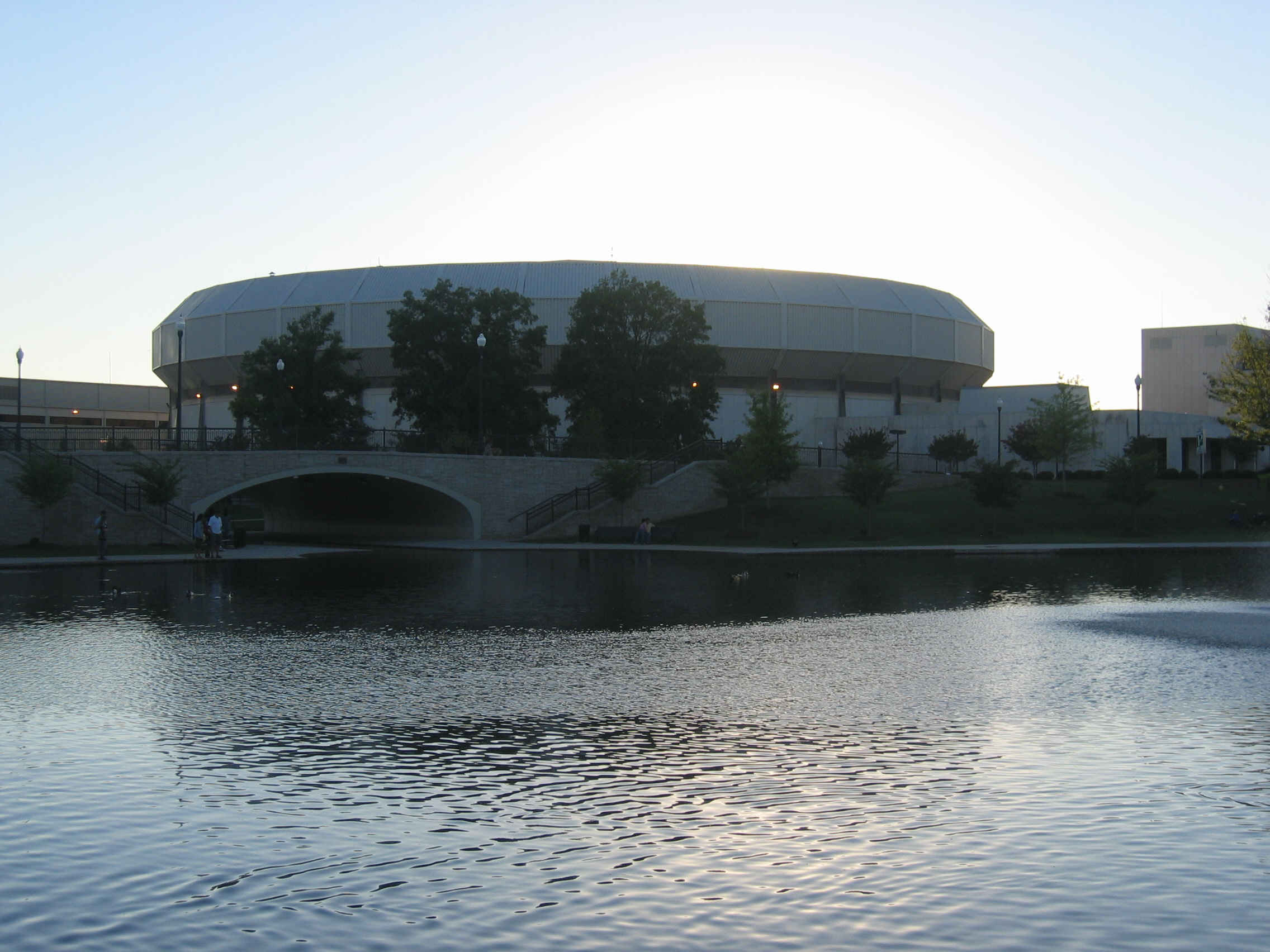 Numbers One and Two and several of their friends made the scene as well: 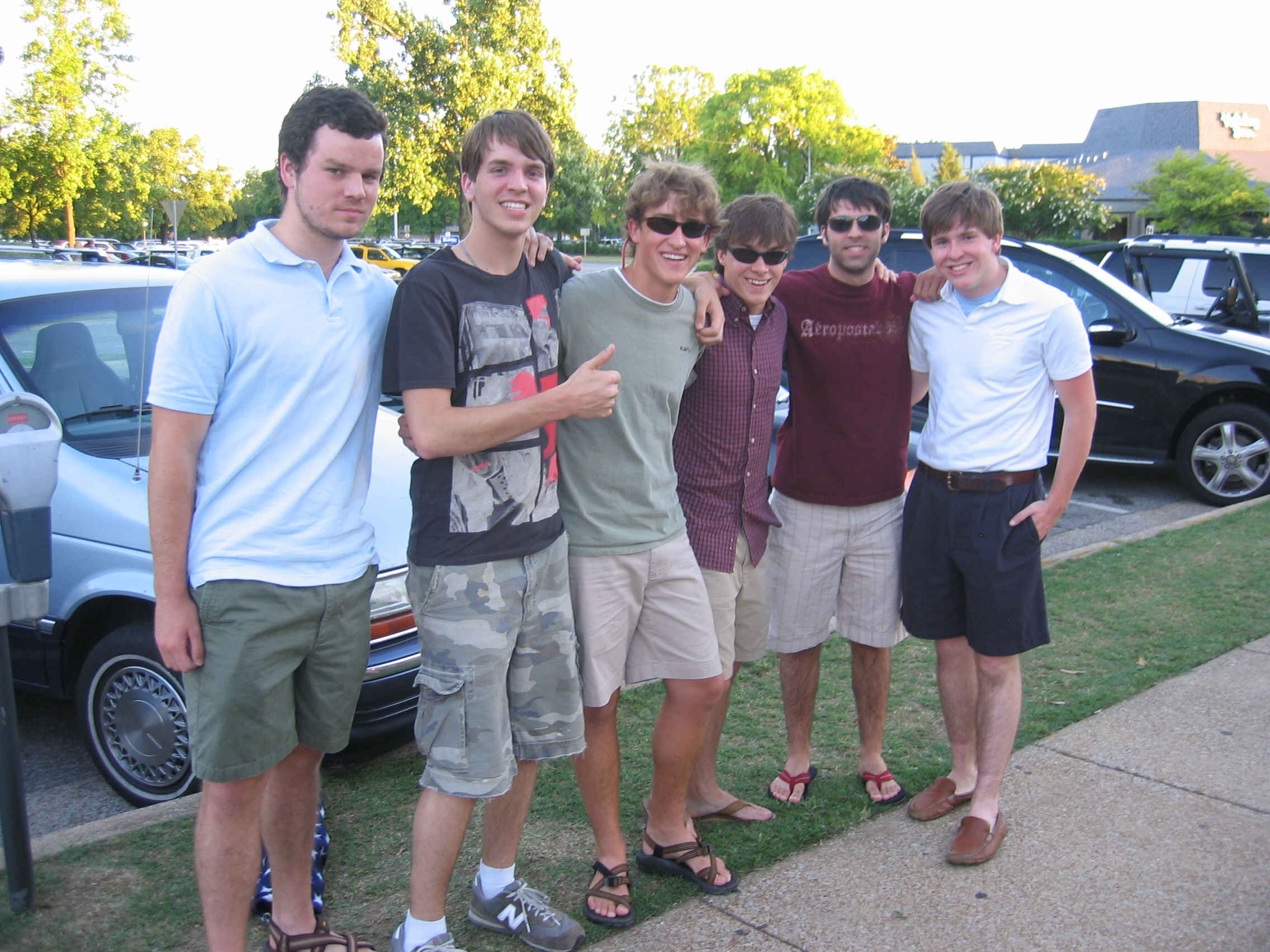 Everyone had a great time and enjoyed the music and fellowship. Even the dog had a ball: 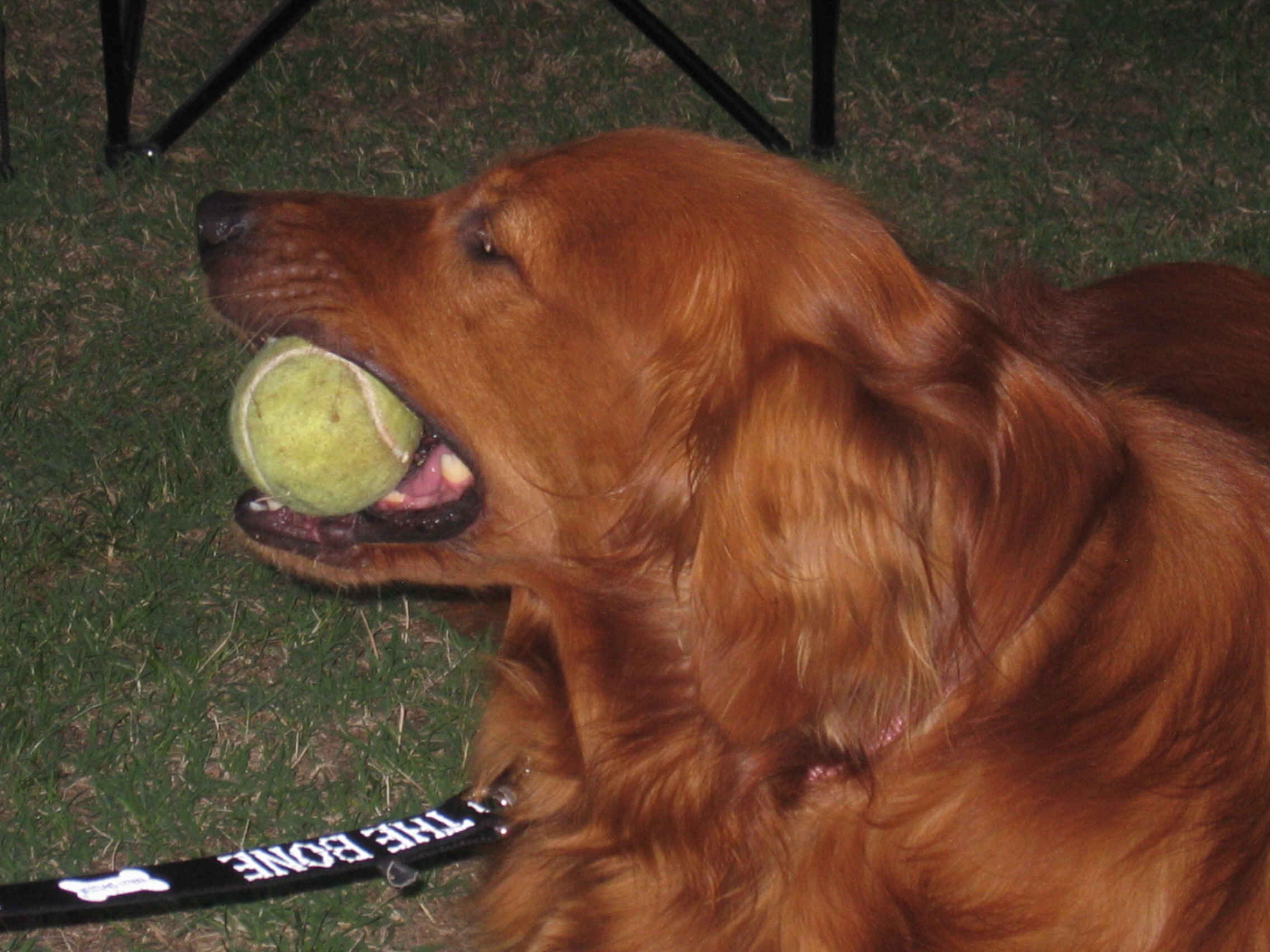 We may not always be, but we were that night: 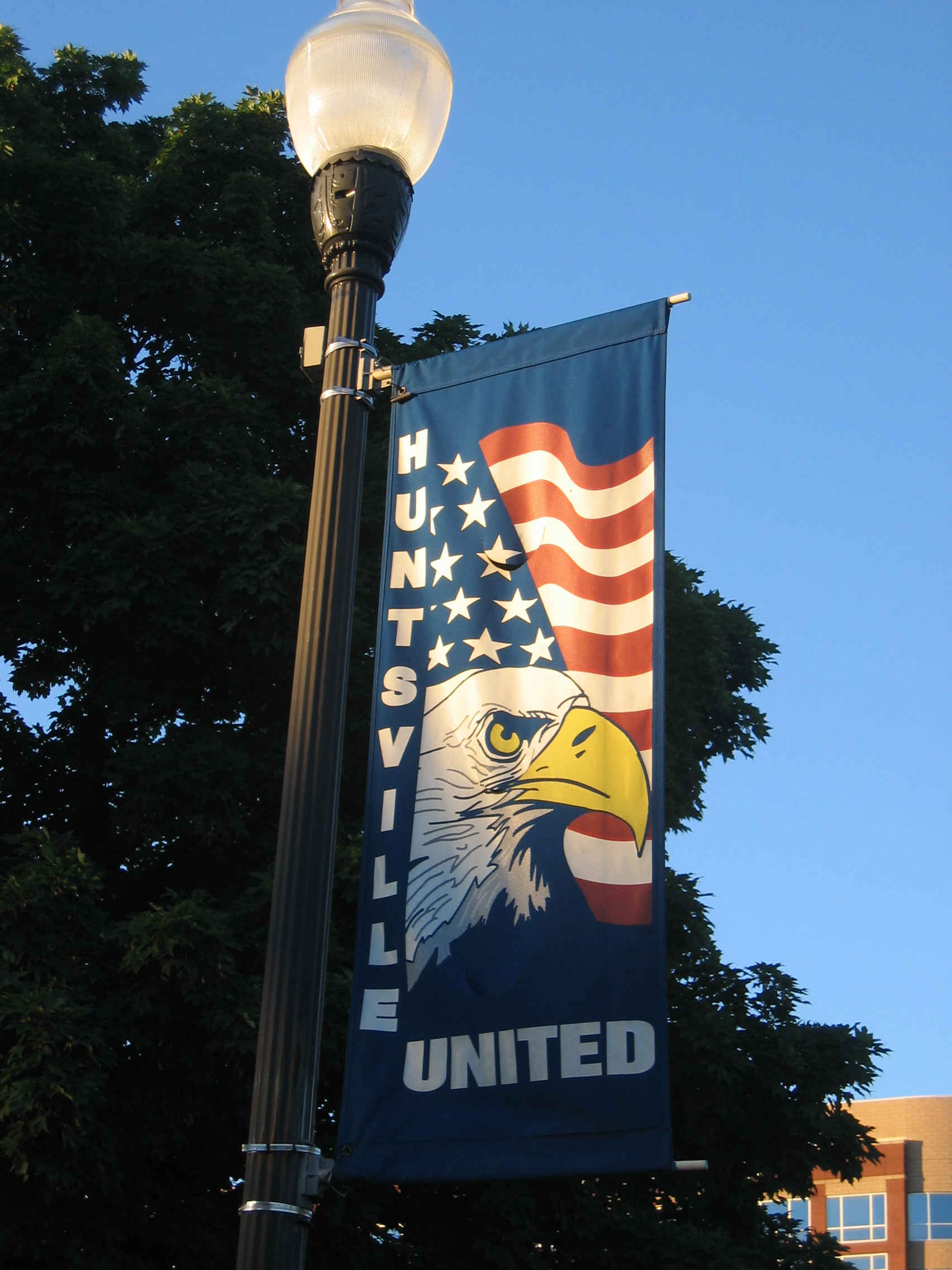