On this Veterans Day, I pause to honor my favorite vet of all time: 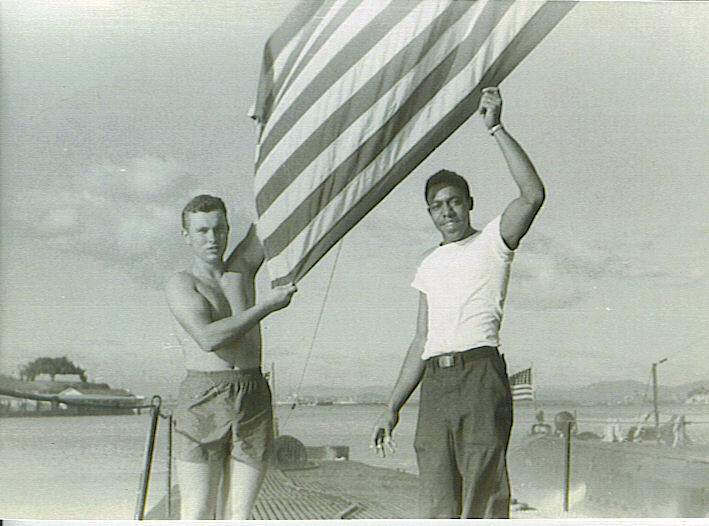 That’s my Dad on the left (in case you couldn’t figure that out) with a crew mate on the deck of the submarine USS Cubera, circa 1953. Part of the unfinished business that remained when my Dad died at a young age are all the unanswered questions that I would like to ask him.

Such as: What was your friend’s name? Where was he from? Was he the only black crew member or were there others? Was he a steward or an Engineman like you? What was going on at the moment that picture was taken? What port were you in? (my best guess is Guantanamo Bay, Cuba) Did you guys “hang out” together on shore leave?

I would imagine that whatever racial détente may have existed on board at the time, that neither of them could have wrapped their heads around the idea of a black man serving as their commander-in-chief.

By that time that picture was taken, President Truman’s 1948 Executive Order 9981, which provided for equality of treatment and opportunity in the United States Armed Forces, was starting to “kick in.” With the manpower demand brought about by the Korean Conflict and the burgeoning Cold War, the services were starting to realize that racial segregation was actually reducing fighting efficiency and imposing a national security risk.

What strikes me about this photo is how similar it is in spirit to a World War II poster from about 10 years earlier: 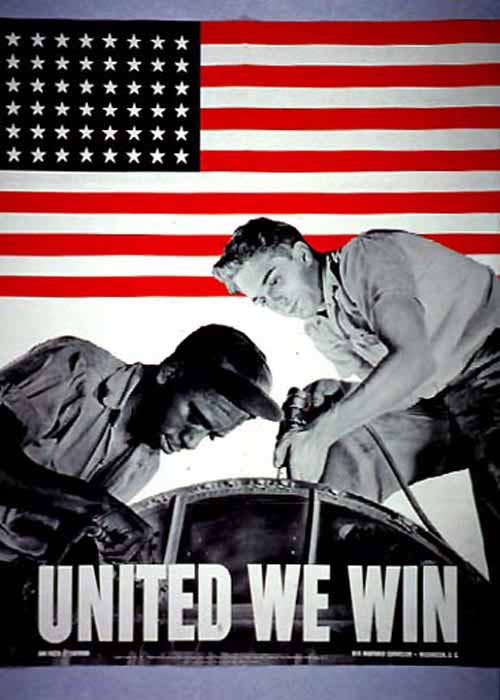