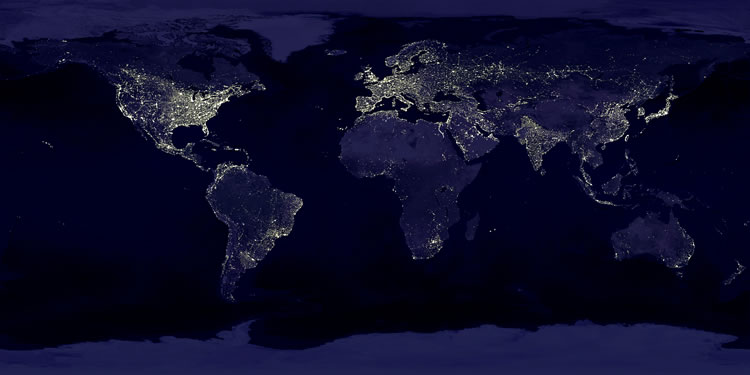 My first patient was already in the chair at around 8:05 yesterday morning when an electronic sensor at the Monroe Street substation near the downtown library detected a problem with the transformer and proceeded to shut down the power to approximately 20,000 customers, from Monte Sano Mountain in the east, to Research Park in the west and south to Airport Road.

But I didn’t know that at the time. When the power shut down, I’d been microwaving my morning vitamin drink, a staple during the winter months when I’m daily assaulted by the medical dictionary’s worth of viruses that my patients exhale into the office air.

“Uh, sorry, my bad!” I called out to a colleague in the office next door to the break room.

Word quickly circulated through the office that it was my fault, and the ripples of laughter spread into the waiting room, normally a loud, riotous place at that time of morning, but where dozens of patients and their family members now sat quietly and still, wondering what had happened, and more importantly, what was going to happen next.

It’s interesting how adults, even seasoned professionals, will respond to a sudden break in the routine. Without electricity, we were dead in the water, unable to operate the computers and equipment necessary to do our jobs. What if the electricity didn’t come back on? Did that mean we would have to reschedule our patients and go home?

As we gathered at the window and watched the ensuing traffic snarl at the corner of Gallatin and Governors, we were like schoolchildren on the morning of a light dusting, gazing anxiously at the glow of the TV at 6:00 AM, hoping to see our district’s name go scrolling by at the bottom of the screen.

But deep down, we knew the juice would start to flow again soon. Twenty minutes later, we were up and going again. The waiting room sprang to life and so did we–on with the show.

Across the street at Huntsville Hospital, though, things had been a little more dicey. The emergency generators to the ER and the surgical wing, which were supposed to kick in after 10 seconds, had taken a full minute instead. Several surgeries had been in progress at the time. I can only imagine what the surgeons and their assistants were thinking–So much for Plan B. Uh, do we even have a Plan C?  I pictured them closing up in a hurry amid the eerie, bluish glow of a dozen cell phones held aloft.

Later that evening, I was driving east on Airport Road after working out at the gym and was suddenly drowned in darkness again. One second, light and life, the next–pitch blackness, punctuated with the headlights of rush hour traffic, now slowing to a crawl in wonderment at this freakish, unnatural phenomenon. Same substation, same sensor, apparently.

Fortunately, I still had time to take a hard right and avoid the traffic jam of epic proportions that was about to occur at Airport and Whitesburg Roads. I weaved my way south through a neighborhood, past houses whose occupants were now fumbling in the sudden dark and busy comforting their little ones, but wondering themselves how long this one was going to last and where in the world, pray tell, had they put the candles and flashlights.

I passed a jogger out for an evening run. With no streetlamps he was nearly invisible, but the reflective tape on his jacket and running shoes flared briefly, and I was able to swerve just slightly and miss him. Our eyes met for a second as I drove by, and I saw in his a bit of panic as he very carefully placed one foot in front of the other, probably worried over whether his next step would place him onto smooth pavement or square in the middle of that pot hole that everyone has complained about but the city has so far been slow to fix.

I was feeling a little out of sorts as well. It was an odd thought I had then, but understandable given the circumstances–Don’t Stop. Keep moving toward the light.

I drove south a few more blocks and came to an intersection that marked the edge of the ailing electrical grid. Crossing over from darkness to light, I was once again bathed in the comforting and familiar glow of streetlamps, porch lights and houses set ablaze in strings of festive, multicolored fire. Santa Claus winked, Frosty the Snowman waved to me, and I swear that Mary, surrounded by heavenly hosts, shepherds and a menagerie of barnyard witnesses, looked up from The Babe for a moment and smiled.

Back north, darkness ruled, but where I was was light–and life. I knew then how our fathers of old must have felt as they wandered the earth around this time of year, looking to the heavens and trying desperately to figure what malevolence lay behind the shortened days and the chill that penetrated their bones. Their ancient fires must have been sacred to them, a source of life, a sign of hope.

And now, even though the fire comes from hydroelectric dams and is distributed by cables born aloft by towering man-made pylons–the fruit of progress–I suddenly realize this:

That ancient fire is awfully sacred to me, too.