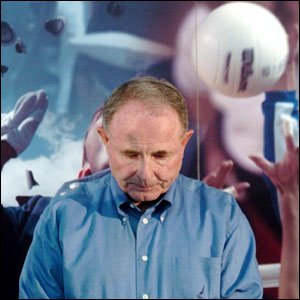 Fisher DeBerry, head football coach at the US Air Force Academy has gone and done it again. First there was that little “I Belong to Team Jesus” banner hanging in his office that got him into hot water. Now he’s enduring the gauntlet of the national media after making what many judge to be the racially insensitive remark that African American athletes can “run very well.”

He said this on Tuesday in the wake of his team’s 48-10 loss to TCU and has been paying for it ever since with several rounds of apologies and clarifications. He has now been officially reprimanded by the Air Force Academy Superintendent, but it does appear that he will keep his job.

Now I know what all this is about. I grew up in and still live in the South and I was around when Jimmy “the Greek” Snyder committed his infamous racial faux pas. It’s about racial stereotypes and assuming that a person has a certain characteristic or skill simply because of the amount of melanin in their skin. This type of thinking can of course lead to misunderstandings and misjudgments which in some cases can be dangerous. Point granted.

But still, there are several things about this incident that bother me. Can we all simply take a collective deep breath and think critically for a moment?

For example, why is it that we seem to tolerate a double standard that disallows remarks such as “African American athletes are fast,” but enables everyone to yuck it up over the commonly heard refrain, “white men can’t jump?” Recall that Hollywood even made a movie with that title and nobody seemed to blink an eyelash.

Now, it seems to me that, in general, there are in fact many white guys who really can’t jump very well and at times this can be funny (to the national media who are no doubt pouring over my blog every day: I am not saying that there any particular nameless racial groups who can jump better than white guys, only that many white guys often can’t jump well when the need arises. That’s right, go ahead and laugh, it’s ok). 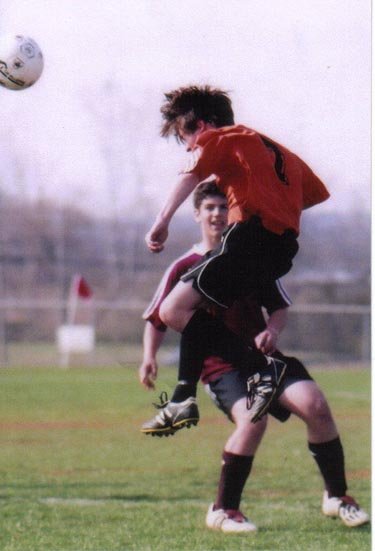 Does an occasional caucasian turn up who can jump? You betcha. Check out Number One son as he’s going up to win a header from his left midfield position. Sometimes that boy can positively sky! But even he would admit that he cannot jump high in every situation, as his feeble attempts to touch a basketball rim amply prove. And you know what? He laughs about it and it’s ok.

So, we’ve established that there are occasional exceptions to athletic racial stereotypes. But I have to ask: If a stereotype actually works in your favor, is it necessarily a bad thing? If I was a velocity-challenged African American and someone assumed I was fast simply because of my skin color, would I rise up in righteous indignation or would I be pleased that someone was willing to give me the benefit of the doubt?

I happen to think that fast is a good thing. I would like to be faster than what I am. Did I ever tell you that I used to be fast? Just like Uncle Rico in that movie Napoleon Dynamite, “back in ’82” I was a sight to behold. I could run a mile in around 5 minutes and I once ran 10 miles in under 60. That still wasn’t good enough to run for my college cross country team (now those guys are really fast!) but that was still pretty darn fast!

Nowadays, I’m happy if I run one mile in under 10 minutes. The conversation that takes place between my head and my legs sounds a little like Kirk and Scottie in one of those episodes where the Dilithium crystals are just about used up but there’s a fleet of Klingons bearing down on their tail (Head: “I…must…have…more…power! Legs: “We’rrrrre givin’ ‘er all she’s got Cap’n!”).

Sometimes attractive young women in their small cars slow down to take a look at me jogging down the sidewalk. This excites me, and I actually break out into a trot just to impress them. Imagine my surprise when they roll down their windows and ask, “Are you ok? Do I need to call 911?”

Now here’s a sweeping generalization for you (AARP-please stop reading here): As you get older, you get slower. That’s ok too. It’s supposed to be that way and at times it’s downright funny.

This brings me to my final point. I have had the privilege of working with lots of senior citizens who for the most part are sailing through their golden years with grace and good humor, physical and mental decline notwithstanding. The neurons don’t fire quite as fast as they once did, and occasionally there’s a slip of the tongue that they wish they could take back.

Fisher Deberry is 67-years-old. It seems that we all ought to be a little more lenient in this situation and cut him some slack, just like his players have. Believe me, when you get there yourself, you’ll be wishing for the same consideration.

So, what’s so bad about being fast? As far as I can see, not much. Unless, of course, you want to look really hard and find something.