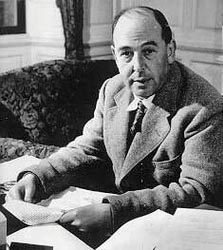 My friend Bill Gnade at Contratimes has written a moving tribute to C.S. Lewis on this the 42nd anniversary of his passing into “a better country.” As Bill points out, Lewis, President John F. Kennedy and Aldous Huxley all died within a few hours of each other. Author Peter Kreeft took that fact and ran with it, producing the work Between Heaven and Hell in which he imagines the three meeting and debating in the afterlife.

Like Bill, Lewis opened my mind to the possiblity of retaining my Christian faith without giving up on intellect and reason. His works impacted my life in deep ways and also connected me with many other authors who influenced Lewis or were in some way connected to him.

Thank you, Bill, for reminding me what day it was and for remembering Lewis so well.