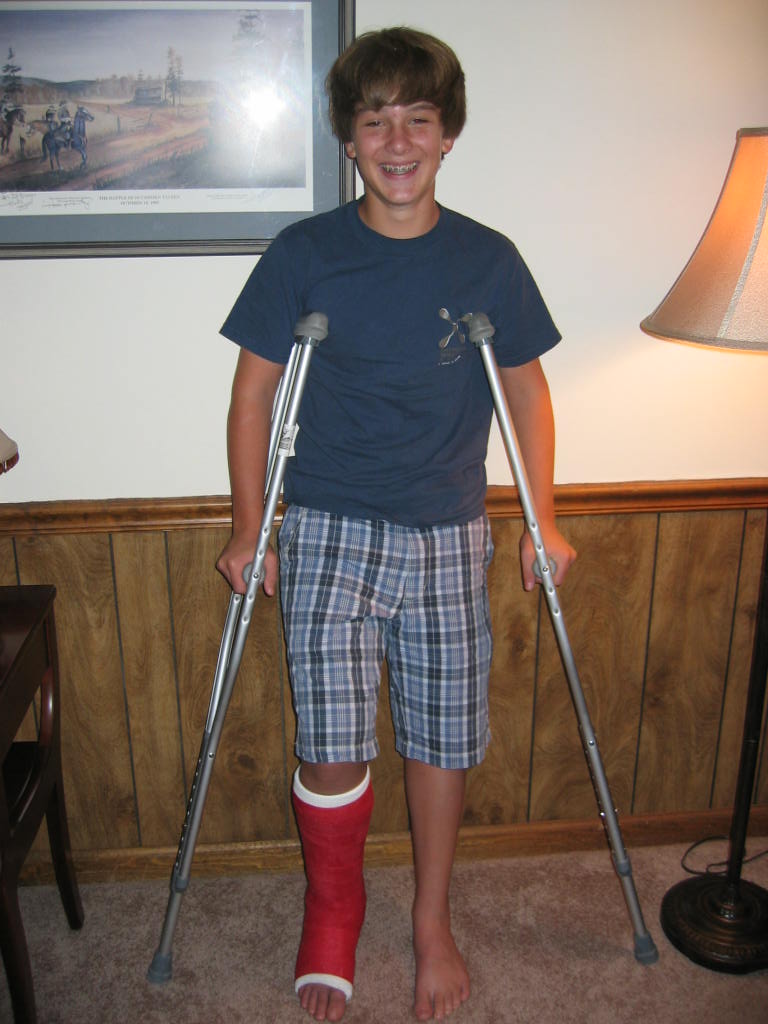 So what kind of cast is this fall’s best-dressed 13-year-old young man wearing?

Number Three paid a visit to the orthopedist yesterday to have his newly-aquired tibial fracture checked out. The bad news is that he’s out of soccer for three months. We had figured something like that, but it was still hard hearing it firsthand. The good news is that he received a below-the-knee cast which allows for greater mobility and less discomfort than his previous above-the-knee temporary splint. Even better, if healing is sufficient at his 2-week visit, he may be able to ditch the cast for a removable fracture boot which would make showering and other tasks considerably easier.

True to his squad, Number Three chose red for the color of his cast in honor of the Kicks Futbol Club. Now all he needs is a Sharpie and that cast will have more graffiti than a New York subway in a New York minute. It’ll be a revealing sociologial experiment, to say the least, to see what kind of messages today’s Millennials leave on a compadre’s cast. I may do a “cast update” later and let you know some of the more interesting ones.

Number Three is very appreciative of all the messages and well-wishes left on the previous post. He would also like to point out that any Slim Jim donations will be gratefully accepted.