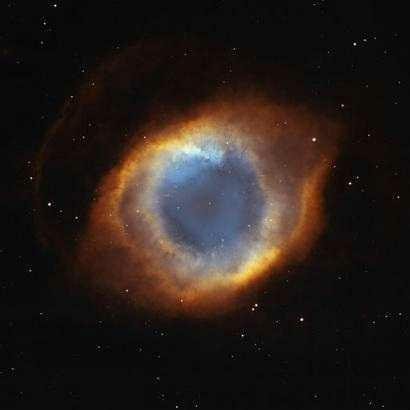 “For since the creation of the world God’s invisible qualities—his eternal power and divine nature—have been clearly seen, being understood from what has been made, so that men are without excuse.” Romans 1:20

For many years, physicists and astonomers have speculated that the universe experienced a cataclysmic birth and expanded very rapidly in the first moments of its existence. New data supporting the long held notions of a “Big Bang” and “Inflation Theory” has recently emerged from NASA’s Wilkinson Microwave Anisotropy Probe (WMAP). Using words such as “stunning,” “spectacular” and “amazing,” astrophysicists have been waxing eloquently about these latest findings which demonstrate that the universe grew from the size of a marble to billions of light years across within a trillionth of a second.

USA Today recently headlined these findings as “Big Bang Unfolded In The Blink Of An Eye.” Well, I hate to get picky, but a blink of an eye is on average about 300 to 400 milliseconds, which is a veritable tortoise compared to the Big Bang’s hare. Still, the headline makes the point that it all happened, well, pretty darn fast!

Of course, all this begs the question of how this 13.7 billion light year sized elephant got into our living room in the first place. In other words, what force, or person, stood outside the embryonic, marble-sized universe and gave it the necessary “shove?” For Christians and other persons of faith, a “Prime Mover” is not too much of a stretch. Judging from the increasing number of astrophysicists who have converted to the Christian faith over the past few years, many of them are reaching the same conclusion.

One scientist is quoted in the article as saying, “We, and all we can see, are at most a tiny dot in an unimaginably large sea of space and time.” A few years ago, I recall watching the movie version of Carl Sagan’s novel “Contact.” I always refer to that movie as Sagan’s “Ode To Little Green Men.” As it turns out, one of the most well-known and outspoken proponents of evolutionary theory and philosophical materialism “blinked” when it came to the notion that life on earth evolved without any “outside” assistance. Rather than allowing for the possibility that the a supernatural Judeo-Christian God may have had a hand in the process, Sagan defaulted to “under the sun” alien life as the intelligent source of the blueprint which started it all. In that movie, Jodie Foster’s character Ellie responds to the question of whether we are “the only ones” in the universe. She replies, “If it is just us, it’s an awful waste of space.”

These latest findings affirm for me that there may be an alternative answer to that question. Rather than an “awful waste of space” as Ellie contended, perhaps what we are witnessing and experiencing is a most meticulous–and loving–use of space.

“By faith we understand that the worlds were prepared by the word of God, so that what is seen was not made out of things which are visible.” Hebrews 11:3