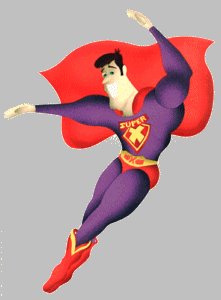 When I woke up yesterday morning, I was just regular “Mike the Eyeguy.” But then I went and wrote a post on Nancy Grace and the Church of Christ, grabbed my cuppa morning Joe, and settled into my usual rut and routine, expecting just another typical day.

Soon massive internet search engines kicked in, sorting through the roiling blogosphere for terms such as “Winkler,” “Nancy Grace and the Church of Christ,” “Church of Christ cult,” and “Rube Shelly, psychology.” By the dozens, they treked to my humble “basketball and life blog” which on a good day receives around 50 “hits,” just enough to maintain a modicum of respectability and convince me that I’m not completely wasting my time.

But then I hit the motherlode. My playful jab at Ms. Grace was picked up and linked at “The All Spin Zone–Progressive Politics Writ Large” and at that point my stat counter went through the proverbial roof.

That site is run by a dentist (I kid you not) who felt that my post and others by Church of Christ members who took exception to Ms. Grace’s antics were a sure sign that we had “gone ballistic” to the point that the entire Winkler family would be left all alone on the mourner’s bench while the Church of Christ Nation marched on Atlanta and raided the offices of CNN, commando style.

I tried to assuage his fears in the comment section by telling him, that yeah, we’re sounding off a bit (and that we’re far from perfect), but, no, the Winkler family will not be left alone and in fact will continued to be “surrounded by prayer” and assistance for as long as it takes. I hope that helped.

Regardless, by the end of the day, after receiving more visitors to my site than ever before, I felt that I had been transformed from Mike the Eyeguy, college basketball pundit wannabe, to Dr. Eyeguy, Culture Warrior.

Personally, I would much rather get back to basketball. But I have always preached that Christians should seek out winsome and intelligent ways to engage the issues being debated in the public square and this seemed like a good time to try to put that into action.

As I told the SpinDentist, when “there are ‘untrue assertions’ being made, the public square is open to all (including Christians) to step up and attempt to set the record straight.” I went on to say that “practicing discernment and debating in the marketplace of ideas are tricky at best, and none of us do it perfectly.” That includes me of course, and I’m sure there are many Christians and non-Christians alike who feel that using a dash of humor and a pinch of sarcasm in order to write “for effect” is unseemly behavior for someone who claims to follow Christ.

I respect that opinion and recognize its merits. I also seem to recall a few episodes in the lives of Jesus and St. Paul when they spoke forthrightly to their opponents and were not above a snarky comment or two. A few hundred years before their time, there was another Preacher who, after looking around a bit, observed that “there is a time for everything, and a season for every activity under heaven.” He goes on to list such opposites as as “tearing down” and “building up,” all of which have their place depending on the circumstances. Although they appear to be contradictory, together they make for a paradoxically balanced life in all its well-roundedness and complexity.

There may be a time and a place for a Christian to enter the public square and get into a scrap or two. But it should never be done so much that it becomes our trademark (and I fear too often it is). And never, under any circumstances, should it be done with a sneer or a scowl. If you’re going to “fight,” be a happy culture warrior, one who has a wry smile on his face and a song (and prayer) in her heart.

So there it is, my moment in the sun as a culture warrior–such as it is. Does anyone know what time the Final Four tips off?