I know two or three of you are waiting with bated breath to read what I’m going to say after the demise of my beloved Cardinals last night. I was hoping that if we were destined to lose that we would at least avoid going “quietly into that good night.” Alas, we went not with a “bang,” but a “whimper.”

rally-squelching 2nd base umpire in last night’s game who somehow saw the “phantom tag”–you guys make a great team. I really do wish Houston the best, but I just want you to know that it’s hard for me to think of your team without thinking of the guy pictured to the right.

Now that I’ve released all my bile, let’s move on to other matters. As many of you know, the bulldozers are firing up as I write, preparing to finish off the remainder of the old Busch Stadium to make room for the new Cardinals Field. This is creating a unique opportunity for Redbirds fans to add to their collections of Cardinal’s memorabilia as practically everything from stadium seats to urinals are up for sale. 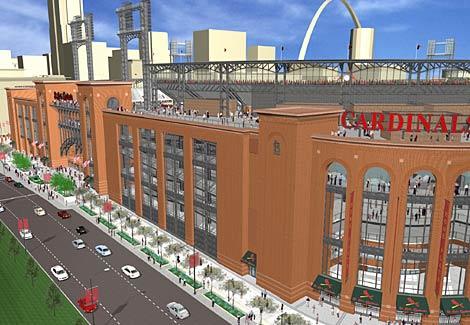 Along this same line, I’m already positioned to capitalize from this year’s World Series should the Chisox win (which I think they will).

When Chicago tore down old Comiskey Park years ago, they also sold their used stadium seats. During my time in Nashville in the early 1990s, I worked with a guy who had one of these seats, a gift from another friend. The two of them started feuding over some matter to the point of not speaking to each other. My friend with the stadium seat decided his revenge would be to start giving away all the gifts that the other friend had given him, and that’s how the old Comiskey Park stadium seat ended up in my attic.

I figure that if the Chisox win, then the renewed demand for stadium seats, circa the “Black Sox” era, will be higher than a hurricane storm surge. I’m sure there will be many available on Ebay, but I could probably cut a sweet deal for one of my half a dozen or so loyal readers.