Let it fly in the breeze
And get caught in the trees
Give a home to the fleas in my hair
A home for fleas
A hive for bees
A nest for birds
There ain’t no words
For the beauty,the splendor, the wonder of my…
Hair, HAIR, hair, HAIR, hair, HAIR, hair
Flow it, show it
Long as God can grow it
My hair.
–from the song “Hair” 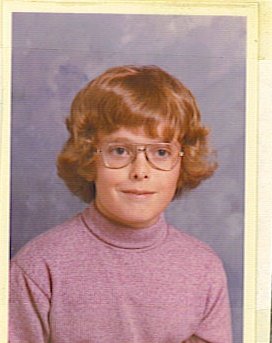 In September, 1974, it was near midnight in the Age of Aquarius and all was not well in the United States of America. Signs of upheaval were everywhere–the Vietnam war was drawing to an inglorious close, Patricia Hearst had been kidnapped (or had she?), President Nixon had just resigned in disgrace, and the Watergate Scandal had left everyone cynical and distrustful of the bedrock institutions on which our country had stood for so many years. As Barbara Streisand sang “The Way We Were,” the year’s number one song, we looked back with misty eyes at simpler “Seasons in the Sun.” But as Terry Jacks crooned, “the wine and song, like the seasons,” were, alas, “all gone.”

Young men of that time may not have felt in control over world events, but they did assert their authority over their own bodies–especially the length of their hair. “Snaggy, shaggy, ratty, matty” hair was flowing everywhere, and as you can see from the picture, I was no exception. But despite many a prayer offered to the follicle gods, I was unable to grow the kind of hair that flopped up and down like Pistol Pete’s did as he streaked down the court or a long, flowing mane that Marcia Brady would have loved to run her fingers through. Instead, all I got was a bouffant which was the envy of every girl in Ms. Fine’s 7th grade class at Burnt Chimney Elementary School.

But I did have a few thoughts on long hair that I wrote down. So, gentle readers, I give you my first recorded rant taken from my long-lost but recently unearthed 7th grade journal:

I’d like to say something about a thing which really bugs me, and that’s the issue of long hair. It seems like people I’ve been around have the bad habit of judging other people by the length of their hair. I think this is totally UNFAIR! I don’t judge people by their hair. I judge them on whether or not they are a good person (if I should judge anybody at all).

It seems like some people just think the clean cut and clean shaven young men are just superior. I think the length of hair or a beard or a moustache ought to be left up to the person himself.

It really does hurt me when I see somebody being judged by their hair. Oh it JUST KILLS ME! I think this world would be a lot better off (ed: at this point the journal entry switches from pen to pencil) if people would just take a look at their own selves instead of shooting other people down. Oh, if you’re wondering why I changed writing tools, my Bic Banana just got rotten!

So there you have it, a young man of his times, a crusader for all “long haired freaky people” everywhere you had been discriminated against simply because of their long, tangled locks and bearded faces. My only real regret is that I didn’t save a little of my own hair in a baggy for “use at a later date.” But lest you think that I was a hippy in the making, you’ll discover in future installments of this series that my politics were conservative to the core.

Next time: my innermost thoughts on walking through life as one “vertically challenged.”