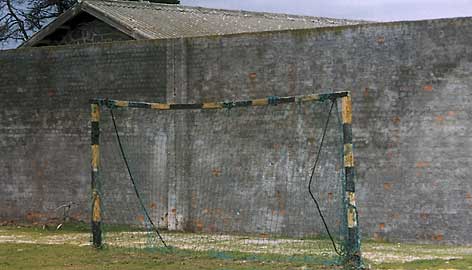 Soccer is pervasive throughout the world. So pervasive, in fact, that it can thrive in the most unlikely places–such as the notorious Robben Island Prison off the coast of South Africa.

World Cup 2010 will be held in South Africa, and in advance of that, USA Today has a stunning article on how a soccer league gave hope to the victims of apartheid who were imprisoned at Robben Island.

I’ve been trying to make the case that soccer is more than a game to some of you skeptics out there. Maybe now you’ll believe me.