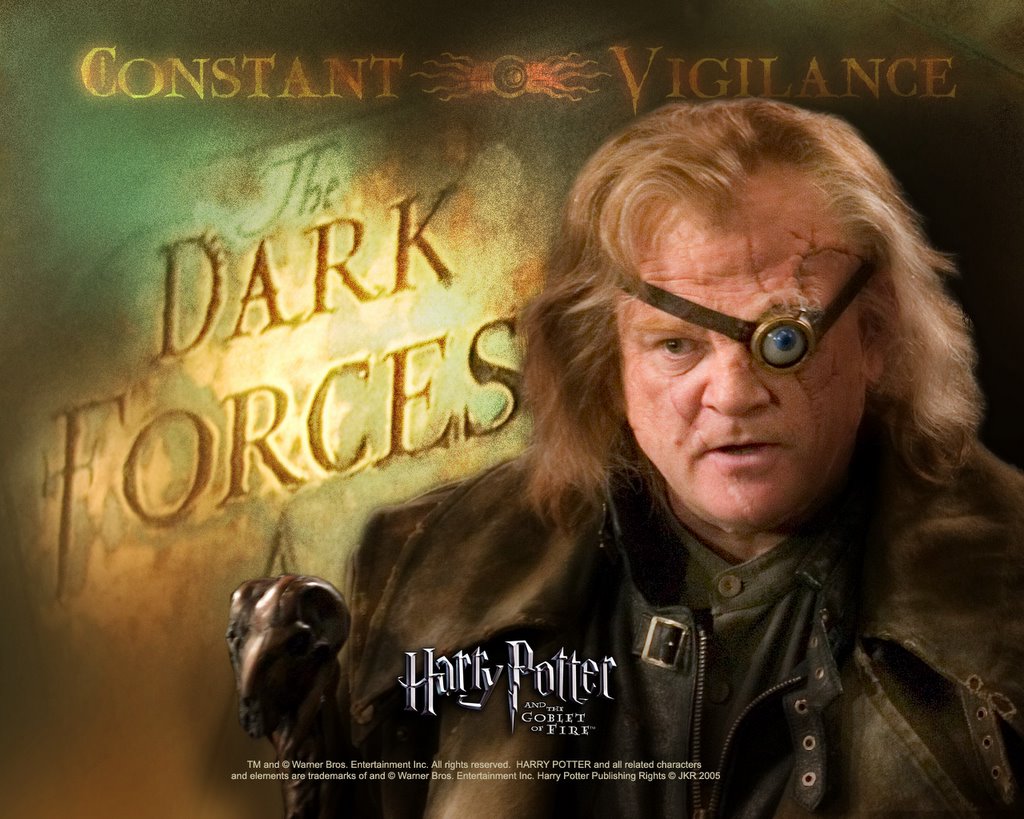 I fulfilled one of my week-off vows yesterday and went to see Harry Potter and the Goblet of Fire. My favorite character in the movie–no real surprise here–was Mad-Eye Moody, the new professor of Defense Against the Dark Arts at Hogwarts. Needless to say, Moody’s large, bulging left eye captured my attention. Immediately I went into differential diagnosis mode: was it uncontrolled glaucoma, a case of unilateral thyroid ophthalmopathy, a retrobulbar tumor or maybe the rare and dreaded cavernous sinus fistula? I know these same questions must have been running through everyone else’s mind too (I told you it was going to be hard to relax this week!).

It turns out the eye is an artificial one, the natural one apparently lost during his former life as an Auror from a curse obtained in a duel with a Death Eater. I was going to get to supernatural diagnoses, it’s just that as a physician and a scientist I had to rule out natural ones first, you know, Occam’s Razor and all. I liked Mad-Eye’s rough-and-ready practicality and the way he watched Harry’s back. Of course, we learn toward the end of the film that there is more to Moody’s character than “meets the eye.”

I also detected a theme in yesterday’s movie that I think resonates well in today’s world: We must tell our children the truth. Author J.K. Rowling seems to feel that children from about age 10 and up can handle the real story that, yes, the world is a beautiful place full of many wonders, but it is also full of danger and evil that must be opposed–often with courage and heroism that must be summoned up against the urge to follow the easier path of no resistance.

As Mad-Eye Moody would say, “constant vigilance” is the byword for the magical world of Harry Potter, and, it would seem, for our world as well.