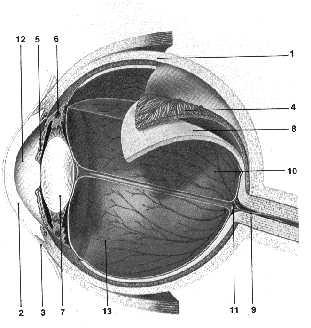 “To this day, the eye gives me a cold shudder.”

The eye, the very thing that gave ol’ Chuck a case of the chills, never fails to give me a case of the warm fuzzies. I’m up to my eyeballs in eyeballs, and frankly, most days, I’m happier than a pig in slop. I believe I have an office with the best view in town and sometimes I get so enraptured by the beauty and complexity of this organ of sight that I get a little behind in my daily schedule because I just can’t stop staring.

I guess you could say that I’m an “eyeguy,” and in fact, many folks in these parts say just that. That’s a necessary qualifier when there are 4 “Dr. Michael Xs” living and practicing in the same town (and that’s not even counting the veterinarian down in Guntersville). The other three Huntsville-based “Dr. Michael Xs” practice gastroenterology, urology and pediatric dentistry. The dentist’s son plays on the same soccer team as my Number Two son. The gastroenterologist even goes to the same church I do, leading to even more confusion. Someone at church came up with the idea a while back of using “GI guy” and “Eyeguy” to help in communicating which one was supposed to be serving communion that month, lead the closing prayer, etc. That works fairly well, but that doesn’t stop his mail from coming to my office (our offices are only a block apart) or keep our many patients that we have in common from becoming confused.

I’ve lost count of the number of times I’ve received calls at home from patients belonging to the urologist and GI guy–I guess they start at the top of the “Michael X” listings in the phone book and just keep going till they find one who’s a doctor of some sort. One time I called one of my patients who also was being treated by the urologist. He became confused and began telling me about, as we say in the South, his “prostrate” problem. I quickly reminded him that prostates were not my turf. We then went on to talk about his “cadillac” which needed removing. So far, I’ve not received any calls from the veterinarian’s patients.

So, I thought I would change my blogging nom de plume to “Mike the Eyeguy” and see what happens. I guess in hindsight (which we all know is 20/20) I probably should have gone with just “Eyeguy” from the start since that would have retained more of my anonymity and helped make me more mysterious. But now that the cat’s out of the bag and you already know my first name, I’ll go with “Mike the Eyeguy.”

I’m hoping that in the sometimes Mike-saturated blogosphere that the “Eyeguy” part will stick out a little, especially in crowded comment sections, and keep folks from getting me confused with all the other “Mikes” out there. There are, after all, a lot of us, including the “mother of all Mikes.”

So if you’re trolling the blogosphere and run into something written by “Mike the Eyeguy” that will most likely be me. And I hope you don’t get a cold shudder whenever that happens. I do hope that whatever it is you read makes you smile and say, “Oh, yeah, that’s the guy who is ‘just looking around and trying to put it all together.'”