(This is Chapter VII of a series that I started but never really finished…let me know if you want more because there’s plenty).

Listen, I know times are tough. After I checked my retirement and college savings accounts yesterday, I had to reach for my inhaler and start playing the Taizé chants on my iPod in a continual loop.

But a little perspective is in order–I lived through the Arab Oil Embargo of the 1970s, for Pete’s sake. And as this February 20, 1975 political rant from the 7th grade personal journal that I kept for Ms. Fine’s class at Burnt Chimney Elementary School in Wirtz, Virginia amply shows, I was madder than #$%@&*, and I just wasn’t going to take it any more:

You said I could think of something to put in here, so heres the one thing I thought of [we didn’t cover dangling prepositions until 10th grade]. This country is never going to get going again unless Mr. Ford and Congress stop their bickering and DO SOMETHING! [hmmm, sound familiar?]. I think they are partly to blame for this recession. [Partly? PARTLY?]. I think its dumb that the leaders of this country are fighting like little babies while everybody else in the country is suffering and waiting for them to do something [and waiting, and waiting…]. Mr. Ford never has to worry about coming up short a few dollars. If he would get off his skis for a second and live somewhere besides that fancy Whitehouse [yeah, walk a mile in my high-top Chuck Taylor basketball sneakers, Mr. Ford!] he might see how bad things really are. He never has to worry about getting laid off and out of work either [unlike Richard Nixon]. And I wish Congress would STOP FIDDLING WITH THE CLOCK!! I wouldn’t get home till 5:15 and I’d miss the Mickey Mouse Club[what the…?]. And man, thats taking it TOO FAR!!

A word of explanation is in order. Congress had implemented a year-round Daylight Savings Time in 1974 as a means of saving energy. It had the desired effect, but the “strategery” received a lot of criticism because it meant that school children in rural areas such as Southwest Virginia had to wait in the cold and dark during the winter months to catch the bus.

Our school system at the time was considering delaying the start of school by an hour. The problem was we would get home an hour later as well, and that would interfere with my afternoon TV-watching, which by that time included 20-year-old reruns of The Mickey Mouse Club (for you Millennials, this was back in The Age of Aquarius, before DVRs). 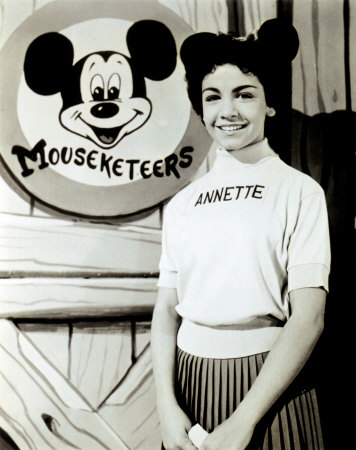 My adolescent hormones were just starting to crank up a little at that time, and one of their first targets was Annette Funicello. I thought she was HOT!!, and that was even before I saw Beach Blanket Bingo. This was exactly the type of preadolescent angst the granny-bespectacled, mini-skirted Ms. Fine was hoping to tap into, and for this particular entry she gave me an “O” for “Outstanding.”

I should also point out that the traditional grading system had been suspended at the time as well because the bleeding heart liberals who ran the schools thought that “As” and “Fs” would create an unacceptable meritocracy-based hierarchy and that somebody’s feelings might get hurt and their self-esteem crushed which would then result in a spike in juvenile delinquency.

Fortunately, on February 23, 1975, just 3 days after I penned this eloquent screed, Congress, in a rare fit of common sense and decency, rescinded the year-round DST. Crisis averted. Even then, the power of my proto-blogging was being felt across this great land. The country lumbered on, and I ditched Annette and eventually moved on to less-wholesome targets such as Farrah Fawcett and Bo Derek.

So the next time you find yourself whining about your life savings disappearing down the toilet and being re-routed to bailout some Wall Street fat cat, just remember, it could be worse–and has been.

I should know. I was there.