“Where do I buy the Nike shoes?”
-Tom Hanks as Victor Navorski, The Terminal

Hello. My name is Mike the Eyeguy, and I am a shoe nerd.

There, I said it, it’s out in the open now. I no longer have to hide the fact that ever since I was a bushy-haired boy growing up in the 1970s, I’ve been obsessed with athletic shoes of all brands, colors and sports. I’ve worn just about all of them at one time or another: Keds, PF Flyers (remember how they made you run faster and jump higher?), Converse All Star Chuck Taylor canvas high tops (black, red and sky blue–back before I knew that color was associated with the evil Tar Heels), Puma “Suedes” (often referred to as “Clydes” after Walt Frazier, famous point guard for the N.Y. Knicks), New Balance 320s and the Adidas Superstar.

But one shoe had managed to elude my grasp all these years–that is, until now. 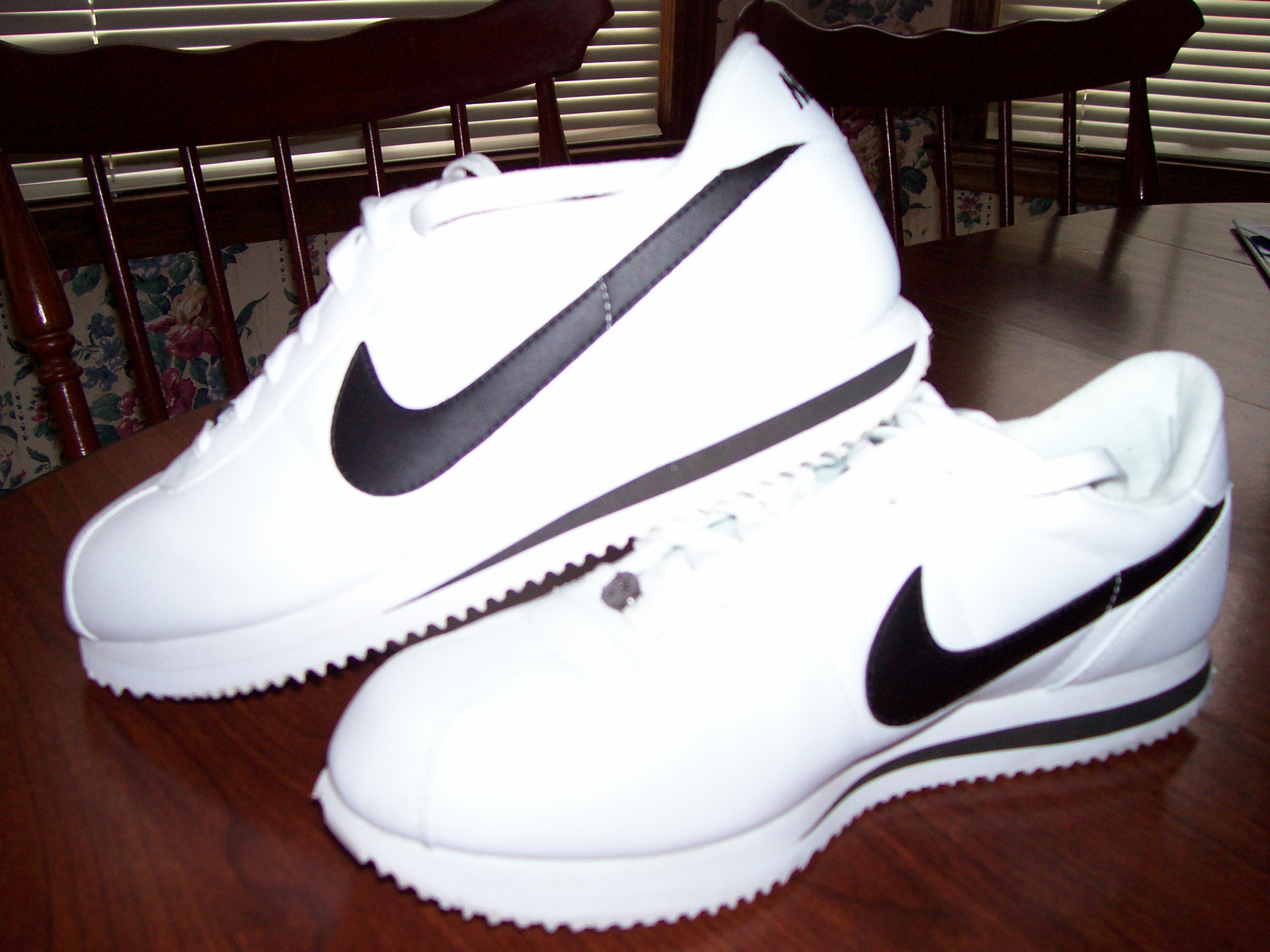 During my 70s coming-of-age phase, for some reason (probably insufficient funds) I never purchased the quintessential American athletic shoe, the sine qua non of every sneaker aficionado’s collection–The Nike Cortez. Well, as you can see from the picture, that deficiency has been remedied. I am now the proud owner of a pair of basic black and white classic Cortezes, so retro that I start humming the theme from the Brady Bunch and looking around for some bell bottoms to wear every time I put them on. Dang, I wish I hadn’t thrown away that last pair.

For you history buffs, the Cortez was the first running shoe designed by legendary University of Oregon track coach Bill Bowerman. Bowerman introduced the Cortez in 1967 in the pre-Swoosh days when the company he founded with one of his former runners, Phil Knight, was known merely as Blue Ribbon Sports. The Cortez has remained an iconic model for Nike through the years, and it is the current favorite with L.A. street gangs and waddling, middle-aged, formerly fast runners who finally have two nickles to rub together and spend as they please.

Bowerman went on to create an even more famous running shoe, but that’s the subject for another day. I’ve been told by Number Three Son (who, by the way, has inherited the shoe nerd gene) that my new wheels make me look “pretty fly for a white guy.” I had to pull out my Gangsta to English dictionary for that one, and I’m pleased to report that was a compliment–I think.

That’s ok, go ahead and grab a few jollies at my expense. I bet if I dug deeply enough into your past (or maybe even present), I would uncover a trendy obsession or two as well. The confession booth is open.

Yes, I am a shoe nerd and proud of it! And forget what all those do-gooders say. I’m here to tell you that revenge is sweet; sweeter than the sight of pristine, unstained leather and the smell of a virgin insole, fresh out of the box.

UPDATE: Be sure to check in tomorrow for an Ocular Fusion special–a contest with a very nice prize.

I know shoes, do you?