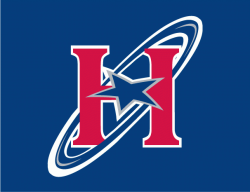 I’ve never been afraid to embarrass my sons with my bungled attempts at humor and middle age antics–I consider it part of the job description of being a “Dad.” But truth be told, whenever I do something they think is cool, it thrills me to no end. But please don’t tell them that, because that would ruin everything.

For instance, my recent acquisition of a taste for (and reputation for listening to) rap music. Well, not all rap music, but one song in particular–“Huntsville International” by the local rap group, G-Side.

Here’s how a mortuary-white, hopelessly off-beat, middle age, pointy-headed pseudo-intellectual got turned on to a piece of hip-hop:

I’ve a long-time fan of the magazine Oxford American, which is sort of a distinctly Southern version of The New Yorker or The Atlantic. Each year they do a Southern Music issue. Last December they focused on Alabama music and included a CD which included music ranging from “Old Timey” country music from the 50s, to 60s and 70s Motown and R&B, on to current day hip-hop, all by Alabama artists. I thoroughly enjoyed it, and it was there that I first heard the song “Huntsville International.” I’m here to tell you that despite what Fox News says, not all rap music is raunchy, misogynistic, anarchistic and “Bad, bad, bad!”

It’s basically a rap tribute to the many good people of Huntsville who aren’t necessarily rocket scientists or astronauts. We’ve got our share of traditional braniacs–fo’ sho’–but we’re also home to some pretty talented artists, writers and musicians who are still “below the radar.” We’re an extraordinary town that has probably impacted your life whether you realize it or not. We stay busy–“Baby, we don’t need to sleep!”

G-Side, with their meteoric rise in the hip-hop world over the past few years, know a thing or two about hard work and sacrifice. I liked G-Side’s “Huntsville International” so much that I put it on my iPod frequent-play list right below my Barry Manilow and Bee Gees. And that’s when I went from being a nearly 50-year-old geezer wannabe who can’t wait to buy his first “Senior Coffee” at McDonalds to a raging Cool Daddy–yesssss!

And get this: Number Three Son, who has cranked up the local hip-hop station in the hall bathroom, which is situated just a few feet from our bedroom, each morning while getting ready for school for the past 4 years, had never heard of G-Side until I introduced him to them! He listened to “Huntsville International,” turned to me and said, “Dad, I had no idea you listened to rap. I’ll have to give you a few ‘cool points’ for that. But don’t expect that to change anything.”

But it gets better–Yo! He then goes out and tells his friends that I listen to G-Side. Their reaction: “Wow, your Dad’s pretty hip.” No, that’s “hip-HOP,” sonny boy.

Okay, so now I’ve got this reputation, you know what I’m sayin’? When his friends come over, I no longer get the customary sigh and eye-roll brush-off, but instead one of those fist-bump thingies and a nod of respect. Yeauuuuh!

I figure that I can magnify the effect about a thousand-fold by picking up one of those flat-billed Huntsville Stars baseball caps that I saw at the ballpark and wearing it sideways with some oversized aviator sunglasses. Maybe throw in a thick, gold chain with a Mercedes medallion (in honor of Tuscaloosa, of course). I’ll let you know how that turns out.

(Click here for a video of G-Side performing “Huntsville International”)