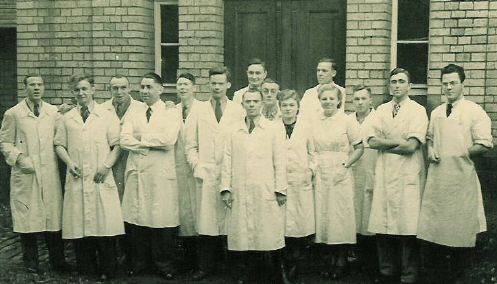 But as this amusing and poignant view of early clinical training shows, chances are, they probably were. After all, that’s why they call it “practice.” My question is: why do they continue to call it that even after you graduate?

Since the ink was barely dry on my own diploma, I’ve helped train doctors-to-be–“See one, do one, teach one,” as the old saying goes. It’s one of my favorite parts of my job, and it’s been rewarding watching many of my former students go on to do great things in our profession and think, Hey I had a little something to do with that! Having had the benefit of some fine teaching myself, I consider it an honor to “pass it on.”

I’m not exactly Dr. House, but I do enjoy playing the role of curmudgeonly attending at times and peppering my young charges with many a question a la Socrates while they’re trying to finish up an exam. For the most part, they know how to perform the various tests and collect the data. What I’m interested in is teaching them how to think, and how to do it quickly and under pressure.

I’ve watched many students pass through my crucible, nearly wet their pants at times, but usually come out on the other side, better equipped for the challenges that await them in the “real world.” It’s fun to go to meetings and have them come up and give me a hug or a handshake and to express their appreciation for not making it “too easy” or to reminisce about the funny things that happened and the mistakes that they made.

I have many wonderful memories of those mistakes. Two of my favorite ones involve abbreviations gone seriously awry.

Early in my career, I was in charge of N., an otherwise competent student who forgot which end he was working on. His diagnosis was correct: “Epiretinal membrane with associated hole formation.” The problem was with the hurried abbreviation that he had composed under his assessment:

At first, I didn’t say anything. Instead, I took the chart to the office of another attending, closed the door, and showed him the chart. It’s a good thing I closed the door. After I had regained some semblance of composure, I showed my young wannabe proctologist the error of his ways. After the color finally returned to his face, he managed to laugh too. That story is legend now, and whenever N. goes to a meeting, he’s usually reminded of it–if not by me, then by one of the many hundreds who have heard it by now.

On another occasion, E., another student nearing his graduation date, ran to me excitedly, convinced that he had made a life-saving diagnosis. The patient had glaucoma and was using an eyedrop which was notorious for producing shortness of breath in some patients. The patient, it seemed, was having just such symptoms in the early morning right after he took his drops. E. was convinced that the medicine was the problem and that we should consider changing it. He was probably right. The problem was the way he had noted it in the chart:

Very calmly, with as straight a face as I could manage, I looked up at E. and said:

“E., we all have our bad days and can be a little cranky in the morning. But you don’t have to go writing insulting things about the guy in his chart.”

I held that straight face for some time and waited for E. to reply. Little beads of sweat began to pop up along his brow, his face went from red to white and back to red again, and he began growing a little short of breath himself. I suspect that he was thinking that here just weeks before his graduation he had met his Waterloo, and that his career was crashing and burning even before it had begun.

Eventually, I allowed myself a little grin, pointed to the entry, and finally it hit him. Do you know that feeling you get when you have a near miss while driving, when your life flashes before your eyes as that car careens toward you, the sudden swerve, and then the sense of relief and thankfulness that follows? That was E.

I see him, and the others, at meetings from time to time. Usually, they spot me across a crowded room, and as our eyes lock, they begin to smile.

I know exactly what they’re thinking.