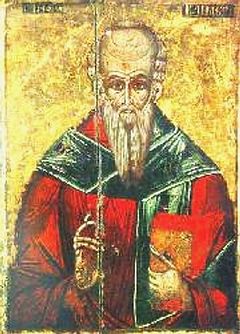 Bodily exercise profits a little, but godliness is profitable for all things. I Timothy 4:8

As you can see from the update at the bottom of my previous post, Lipscomb came up short in their game against UTEP in the first round of the NIT in El Paso last night. Nothing to be ashamed of there, though, as the Bisons still had a great year and their first invitation to a D-I post-season tournament. I’m wondering how many of those visiting teams who had to make long road trips to play in the first round won their games last night? Chances are, few if any.

It seems I was right about David Lipscomb’s attitude toward sports. Wikipedia, that “unimpeachable source” of everything under the sun, says this about Lipscomb:

“Lipscomb was also a pacifist. He did not believe in the use of violence for any reason (He was for this reason totally opposed to American football).”

It’s probably not too much of a stretch to conclude that Lipscomb would have also been opposed to a hard slide into second and a body bruising intentional foul under the basket.

To be fair, it’s worth noting that Lipscomb lived through a bloody war and an occupation of his hometown that most of us have not. That fact, coupled with his Anabaptist roots, no doubt helped shape his pacifism and self-imposed estrangement from other worldly concerns such as sports and entertainment.

It’s also worth noting that in doing so, Lipscomb was merely following the example of most of the early church fathers who almost unaminously were opposed to military service, drama, entertainment, sports and sex (although most begrudgingly allowed for the latter in the context of marriage for the purpose of procreation). Here is a sample of some of their thoughts on sports:

“How idle are the contests themselves: strifes in colors, contentions in races, acclamations in mere questions of honor, rejoicing because a horse has been faster, grieving because it was more sluggish, reckoning up the years of the animals, knowing the consuls, learning their ages, tracing their breeds, recording their very grandsires and great-grandsires!” —Novatian, c. 235 CE

If I didn’t know better, I would swear that he had read this. Good thing I’m off the hook since he was only talking about horse racing.

“You will never give your approval to those foolish racing and throwing feats, and yet more foolish leapings. You will never find pleasure in injurious or useless exhibitions of strength. Certainly you will never regard with approval the strivings after an artificial body that aim at surpassing the Creator’s work…and the wrestler’s art is a devil’s thing.” Tertullian, c. 197 CE

Keep in mind Tertullian was a real sourpuss. I’m sure he did some good things, but he also had a very low opinion of wives and sex, two things, that after 20 years of marriage, I’m happy to report I still value very highly. What does he know anyway, the old Montanist?! I have to admit, though, he sure nailed Barry Bonds.

“Those who come for the sake of beholding the spectacle actually display more of a spectacle themselves. I am referring to when they begin to shout…and to leap from their seats…” Lactantius, c. 304-313 CE

Sounds like somebody’s been peeking through my window during a Duke game. I bet Lactantius wouldn’t think too much of these guys.

Finally, a voice of reason crying forth in the wilderness:

“For men to prefer gymnastic exercises to the baths is perhaps not bad. For such exercises are in some respects conducive to the health of young men…Nor are women to be deprived of bodily exercise…However, do not let the athletic contests that I have allowed be undertaken for the sake of vainglory. Rather, they should be undertaken only for manly sweat…We must alway aim at moderation.” Clement of Alexandria, c. 195 CE

Now Clement sounds like the kind of elder I can live with (one who apparently liked to read Ecclesiastes)! It just goes to show you that congregational autonomy was alive and well in the early church.

So there you have it Christian sports fans! Go ahead and enjoy March Madness, but stay cool and don’t get too carried away. Bodily exercise apparently does profit a little, if not a lot. And on that note, please pardon me while I go run one of my blistering 10-minute miles and work up a couple of gallons of “manly sweat.”