Some of you have been clamoring for a shot of the proprietor of this joint. Well, here’s a shot of me “back in the day” when my morning workout was truly a run and not just a slog: 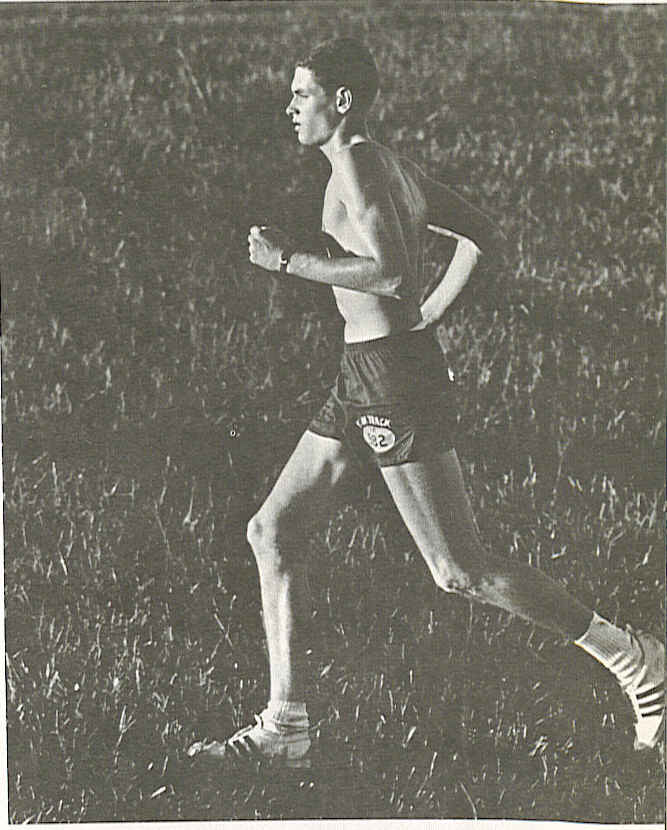 I sense some skepticism out there coursing the interwebs and emanating from my computer screen. What’s that you say? Is that really the Eyeguy?

Would I ever pull your leg, kid around, be factitious, yank your chain, or otherwise out and out lie simply for effect?

Yup, you bet I would.

Actually, that’s a very young Jim Ryun working out in the 1960s when he was rising to the top of the distance running world and around the time that he set the world record in the mile run. He was my boyhood hero (did you know that he grew up in the Church of Christ and was recruited heavily by Harding?), and I tried to be just like him.

And I came pretty close too. Oh sure, there were differences, such as his setting the world record in the mile, routinely beating the world’s best runners, running for the Kansas Jayhawks, winning a silver medal in the ’68 Mexico City Olympic Games and becoming a Congressman, but sheez, let’s get picky why don’t we?

How fast was Ryun? He could outrun a Mustang: 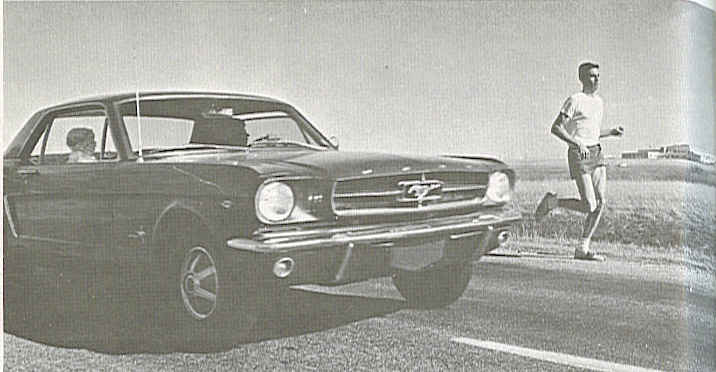 Notice the unrestrained small child looking on from the passenger side. Those were the days, weren’t they?

I’ll share some more of my memories of Ryun over the next few days and the curious ways in which our paths ultimately crossed.

In the meantime, here he is in one of his happier moments. Jim McKay has the call.