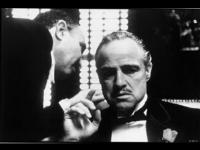 I recently wrote of a pleasant serendipity in which I ran into an aquaintance from my alma mater, Harding University, at a Wendy’s restaurant in south Birmingham. It seemed an unlikely turn of events, but as JRB explained in the comments section, all things are possible with “La Harding Cosa Nostra.”

I chuckled at the image of a “Harding mob” (would that make President Burks the Godfather?) spread across the globe helping each other out and doing good for mankind rather than whacking people and eating platefuls of spaghetti on checkered tablecloths while listening to old Frank Sinatra records.

I had no idea then how right he was. A few of months ago, I published a story, “The Rightful Owner,” which appeared first here at Ocular Fusion and later in the Harding Alumni Digest. It was about my Harding class ring which was stolen in an apartment burglary in 1988 but recovered from a pawn shop 10 years later. I received a lot of nice compliments for that story and caught up with a lot of long, lost friends as a result of its appearance in the Digest.

But none of that compares to the email that I received yesterday from someone whom I’ve never met, Joyce Newhouse of Grapevine, Texas. With Joyce’s permission, I’m publishing portions of the email which relates an extraordinary tale which has left me stunned, with mouth agape and chills running up and down my spine:

My name is Joyce (Wolverton) Newhouse and I graduated from Harding in 1975. Although I am not acquainted with you, we do know some people in common, and I wanted to share with you how you are a part of a very amazing true story that unfolded for several people in May. This all might not have occurred if you had not written your stolen Harding ring story for the Harding Alumni Digest because it was the catalyst that started this chain of events.

I am a Multimedia teacher at Grapevine High School in Grapevine, Texas (in the Dallas/Fort Worth Metroplex). The first week of May of this year, our principal received an email from a person named Janet Morgan that said she had found a 1973 Grapevine High School class ring with the initials BGG with a red stone, and she wanted help in finding the owner of the ring. Janet had never heard of our school, and had found our web site on the internet. The principal then forwarded Janet’s email to the entire faculty (over 130 teachers) of our high school. I read the email, but did nothing. Two weeks later, I woke with this heavy on my heart. I felt compelled to do something to find the lost owner. I emailed Janet and asked if the owner had been found and said I wanted to help. She replied that she had not heard from anyone.

I checked out a copy of our 1972 GHS yearbook (the 1973 was missing) and found one person with the initials BG that was a junior. I recognized the girl as Brenda Garner that went to Harding at the same I did. I did not know Brenda, but I remembered that her parents went to church at Airport Freeway Church of Christ in Euless, Texas, where we attended for one year in 1985. I remember seeing Brenda in the church foyer one Sunday when she was visiting her parents. We both recognized one another’s faces, and we spoke briefly about Harding. It was the first time I believe I had ever talked to her, and I haven’t seen her since 1985.

I called the church in Euless and explained that I needed the phone number of the Garners. Brenda’s dad had passed away, but they gave me her mom, Frances Garner’s phone number. Frances did not know that her daughter had lost her class ring, but she wanted to surprise her on Mother’s Day with it. I learned that Brenda (Garner) Paine is a tennis coach and teacher in Kaufman, Texas. I emailed Janet with Frances’ phone number.

Janet explained that she found the ring laying on her garage floor in Huntsville, Alabama, over a year ago, when she was in the process of moving to Knoxville, Tenn. She had never seen the ring before, and has no idea how the ring got there. The only explanation she can think of is maybe it was in a box or container and fell out while she was getting things out of the attic. Since she was very busy moving, she decided to find the lost owner after she had moved. That was over a year ago, and she had forgotten about the ring until reading the article in the Harding Alumni Digest that you wrote about your Harding ring. That sparked her memory and she then decided to find the owner. I have since learned that she knows you from the Mayfair Church of Christ in Huntsville.

Janet mailed the ring to Frances Garner. Frances told Brenda on Mother’s Day, “I have a surprise for you from Alabama. Before I give it to you, you have to guess what it is. It is something that you lost.” Brenda has never been to Alabama, so obviously she could not guess. She was so surprised to open the package and see her ring after 32 years. Brenda remembers she lost the ring while walking in an open field near the old married student’s apartments in approx. 1974. She had put the ring in her pocket, and it had fallen out in the field somewhere. She came back to look for it, but couldn’t find it. She had assumed it was gone forever.

It has been so much fun and so exciting watching this story unfold…Thank you for your part in all of this. I don’t know if this would have all happened if you had not sent in your article to the Harding Alumni Digest.

I was not aware of the Harding Alumni Digest until Janet told me about it. I have since placed my name on the mailing list. I want to thank you for that, also. I just recently read your article about your Harding ring, and I want to compliment you on a very well written story. You may want to become a writer by profession if you are not one already. It was a wonderful story.

I have wondered if God has a purpose in these events. God does indeed work in mysterious ways.

In Italian, Cosa Nostra can be translated, “this thing of ours.” It occurs to me that “This Harding Thing of Ours” is much larger and more powerful than I ever imagined. Praise be to the real “Godfather,” whose Spirit, as JRB put it so well, is constantly “at work among his dumbfounded people.”